Since 2015, over 18,000 official complaints have been filed with Federal and State authorities and legislators concerning alleged abuses at psychiatric facilities. 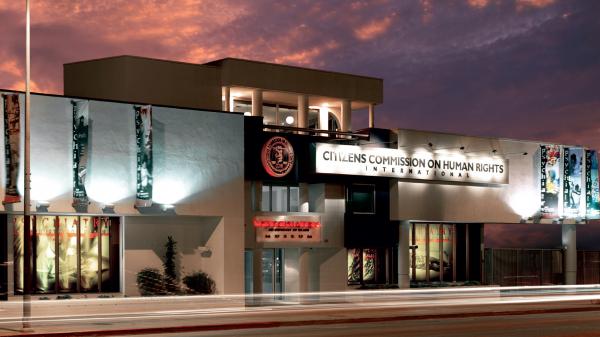 For decades the Citizens Commission on Human Rights (CCHR) has investigated allegations of abuse and potential fraud in for-profit psychiatric facilities. Since 2015, over 18,000 official complaints have been filed with Federal and State authorities and legislators. A CCHR International report on the issue published in December 2018 highlighted how behavioral companies get billions of dollars in Medicaid and Medicare rebates, yet the “return” appears to be more patient abuse.

Recently, Universal Health Services (UHS), which owns a chain of for-profit psychiatric facilities in the U.S. and the United Kingdom, agreed to pay $127 million to settle a U.S. Department of Justice (DOJ) civil probe into alleged fraud. The settlement is subject to approval. [1] But CCHR, a mental health watchdog, says the proposed settlement is insufficient to send an adequate warning to other for-profit behavioral facilities accused of patient abuse and healthcare fraud.

Media reports on the UHS payment said the company “has been dogged by the DOJ investigation into false claims allegedly submitted by its behavioral health facilities.”

CCHR says allegations of sexual abuse of patients in the for-profit behavioral hospital industry are rife. Last year, UHS closed its Timberlawn psychiatric hospital in Texas in the wake of allegations that a 13-year-old girl was raped at the facility. [2]

Sequel Youth and Family Services is a privately-owned company that and operates in about 20 states.

Other allegations about Sequel facilities include:

• May 2019: Utah’s Department of Human Services threatened the license of a Sequel-owned facility over “understaffing” that had “negatively impacted the program’s ability to address violence and sexual misconduct within the program.” In response, Sequel announced that it is closing the facility. [3]

• 2018: In Iowa, a youth advocacy group from Washington State stopped sending children to Sequel’s Clarienda Academy after concerns were raised about the use of restraints. [4]

• August 2017: A 37-year-old staff Clarienda staffer was accused of forcible sodomy and lascivious conduct with a minor. [5]

• 2016: A 40-year-old night staff member at Clarienda was arrested and charged with three felony sex charges regarding a 17-year-old student. The staffer pleaded guilty to sexual misconduct and was sentenced to ten years’ probation. [6]

• July 2017: Police arrested a youth counselor with Sequel TSI of Madison, Alabama, on charges that she engaged in sex with a student under 19 years of age. She was indicted in September 2018 for sex acts involving multiple students under the age of 19. [7]

• January 2018: A 38-year-old staffer at Northern Illinois Academy was charged with three counts of criminal sexual assault on an adolescent, over whom he held a position of trust or authority. The staffer pleaded guilty and was sentenced to 10 years in prison. [8]

• August 2018: A Lakeside Academy in Kansas staffer was arrested on three counts of unlawful sexual relations involving a juvenile. [9]

• 2012: A Sequel staffer from Red Rock Canyon School (RRCS) in St. George, Utah was arrested and charged with sexually abusing three male students. [10] The staffer pleaded guilty to felony forcible sexual abuse and was sentenced to 210 days in jail and 36 months supervised probation. [11]

Recent controversy over RRCS led to Sequel’s decision to close the facility. On April 28, 2019, a two-hour riot erupted at the facility, with police, medical and SWAT forced to respond. 25 students were injured, of which five were transported to the hospital for more serious treatment, including one student who required staples to close a gash on the back of his head. [12]

CCHR says it is placing attention on Florida, where Sequel owns 10 facilities, and, in St. Petersburg and surrounding areas, offers “Foster homes” to provide services for children with severe mental health disorders/behavioral problems. [13]

Since 2015, CCHR International and its Florida Chapter have investigated and exposed alleged abuses in for-profit behavioral hospitals that have been accused of abusing the state’s Baker Act to involuntarily commit patients and detained them for their insurance.

UHS has some 16 behavioral facilities in Florida and closed its National Deaf Academy in 2014 following scrutiny of abuses reported to police, including three alleging sexual abuse. [14]

Jan Eastgate, the group’s international president, said: “Patient abuses in the psychiatric-behavioral industry require much stronger penalties than a few million dollars in fines where systemic patient abuse and/or fraud are established. Increased safeguards should include jail penalties, where criminal violations found.”

CCHR says West Palm Beach County, Florida State Attorney Dave Aronberg’s comments last year mirrors their concerns: “This is an entire industry that’s been corrupted by easy money. Unscrupulous actors have taken advantage of well-intended federal law and a lack of any good law at the state level, to profit off people at the lowest stages of their lives.” [15]

CCHR calls for anyone whose mother, wife, sister or father, brother, son, child or friend has been killed or damaged by psychiatric “treatment” to fill out this form. For more information visit www.cchrflorida.org or call 727-442-8820.

Complete documentation of all statements can be found here: https://www.cchrflorida.org/multi-million-files-insufficient-to-curb-abuse-in-for-profit-behavioral-health-industry/