The virtual course for mental health professionals is designed to help them identify the basic human rights impacted by the law and its unintended consequences. 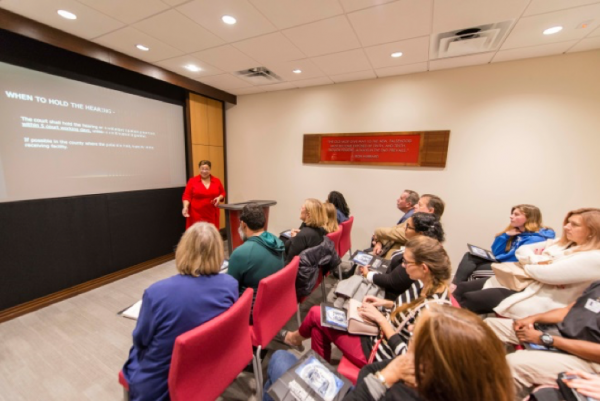 The mental health law in Florida, known as the Baker Act, allows for individuals of all ages, including children, to be taken into custody and sent for an involuntary psychiatric examination. Unfortunately, the law is often misunderstood and misused prompting the Florida chapter of the Citizens Commission on Human Rights (CCHR) to begin offering a continuing education course to help prevent abuse.

The most recent report from the Baker Act Reporting Center reveals that there were more than 200,000 involuntary psychiatric examinations in Florida and that over 36,000 of these initiations involved children with over 4,000 involving children age 10 and younger. [1]

The Baker Acting of children has been a recurring topic in Florida resulting in attempts to get to the bottom of why so many children are being taken into custody under a law that was never intended to be applied to minors. Once such attempt was the 2017 Children’s Baker Act Task Force which reported that a significant number of children sent for an involuntary psychiatric examination did not meet the criteria to be taken into custody. [2]

“CCHR has been reporting on the unjust Baker Acting of kids for years but many suggested effective actions for putting an end to this abuse have fallen on deaf ears, including the simple solution of bringing a parent into the process before a children is taken into custody under a Baker Act,” stated the president of CCHR Florida Diane Stein.

In 2015 CCHR launched a campaign to end the abusive use of this law. As part of this campaign CCHR engages in numerous public information activities designed for professionals as well as the general public. These activities include seminars and workshops delivered virtually and at the headquarters in downtown Clearwater, Florida. [2]

The most recent course was delivered by attorney Carmen Miller, a former assistant public defender in the Thirteenth Circuit in Tampa, with an extensive background in dealing with Baker Acts. Those in attendance learned the context and intentions of the Baker Act as well as the basic human rights impacted by the Baker Act and its unintended consequences.

“The Baker Act is misunderstood and thus can easily be abused and misused,” said Ms. Miller. “By providing seminars, I hope to help educate people on the proper way to utilize this tenuous legislation.”

While the complimentary continuing education courses are designed for attorneys and licensed mental health professionals CCHR also hosts free seminars on wide variety of subjects delivered by attorneys, doctors and other professionals that are open to the general public. To learn please call 727-442-8820 or visit www.cchrflorida.org.