CCHR dispels the myths attributed to Szasz, an iconic psychiatrist who defied “psychiatric slavery” and “totalitarian control,” and whose works against coercive psychiatry are now recognized the world over, even by the UN. 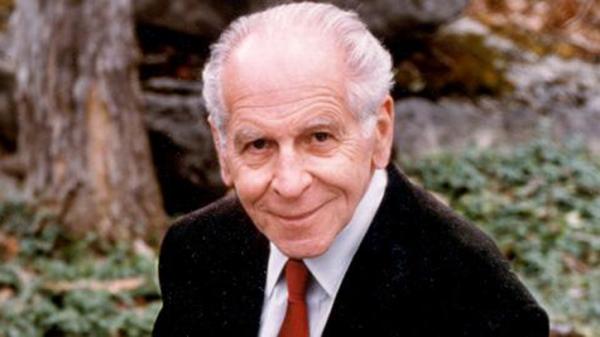 September 8 marks the eight-year anniversary of the death of Thomas Szasz, professor of psychiatry, co-founder of the mental health industry watchdog, Citizens Commission on Human Rights (CCHR) and one of the most prolific authors against coercive psychiatry. With more than 35 books published since 1961, he challenged conventional psychiatry, including in Psychiatric Slavery, where he took aim at psychiatric interventions imposed on persons by force, including involuntary commitment and treatment.[1]

Hungarian born Szasz, who was a professor of psychiatry at the State University of New York Upstate Medical University and a distinguished lifetime fellow of the American Psychiatric Association, said, “Involuntary mental hospitalization is like slavery. Refining the standards for commitment is like prettifying the slave plantations. The problem is not how to improve commitment, but how to abolish it.”[2]

The collaboration between government and psychiatry results in what Szasz called the “Therapeutic State,” a system in which disapproved thoughts, emotions, and actions are repressed through pseudomedical interventions.[5] For example, during the 1960s Civil Rights movement, psychiatrists diagnosed Blacks marching against racism with “protest psychosis.”[6] Advertisements for powerful antipsychotic drugs in psychiatric journals used pictures of angry Black men to influence the prescriptions of these damaging drugs to African Americans.[7]

Szasz would have argued that such “classification” is an example of how psychiatrists define what they consider “(mis)behavior as illness,” which “provides an ideological justification for state-sponsored social control”—a form of totalitarianism.[8]

Szasz was often misquoted that he didn’t believe in “mental illness,” but psychiatrists were obfuscating the fact that he said behavioral disorders are not physical diseases, that unlike in medicine, there are no physical tests to demonstrate mental problems as “diseases.”[9]

He was very clear on this point, stating: “In asserting that there is no such thing as mental illness, I do not deny that people have problems coping with life and each other.”[10]

Today, Szasz’s view is accepted medical fact. As the American Psychological Society reported: “Diagnosing mental illness isn’t like diagnosing other chronic diseases. Heart disease is identified with the help of blood tests and electrocardiograms. Diabetes is diagnosed by measuring blood glucose levels. But classifying mental illness is a more subjective endeavor. No blood test exists for depression; no X-ray can identify a child at risk of developing bipolar disorder.”[11]

The chemical imbalance in the brain causing depression theory has been completely discredited—invented by psychopharmaceutical makers to sell SSRI antidepressants. In February 2020, Philip Hickey, Ph.D., a retired psychologist, went a great deal further stating: “The spurious chemical imbalance theory of depression is arguably the most destructive thing that psychiatry has ever done.”[12]

Szasz maintained throughout his career that he was not “antipsychiatry” but was rather anti-coercive psychiatry. He opposed involuntary commitment and enforced treatment.[13] His legacy is now embedded in United Nations documents.

· 2013: The UN Special Rapporteur on Torture recommended to: “Impose an absolute ban on all forced and non-consensual medical interventions against persons with disabilities, including the non-consensual administration of psychosurgery, electroshock and mind-altering drugs such as neuroleptics, the use of restraint and solitary confinement, for both long- and short-term application. The obligation to end forced psychiatric interventions based solely on grounds of disability is of immediate application and scarce financial resources cannot justify postponement of its implementation.”[14]

· 2017: UN Special Rapporteur on the right to health, Dr. Dainius Pūras, called for a revolution in mental health care to “end decades of neglect, abuse and violence.” “There is now unequivocal evidence of the failures of a system that relies too heavily on the biomedical model of mental health services, including the front-line and excessive use of psychotropic medicines, and yet these models persist,” Dr. Pūras, said.[15]

· 2018: UN Human Rights Council (HRC) supported a ban on all forced medical interventions against persons with disabilities, including the administration of electroshock, psychosurgery, and mind-altering drugs. HRC strongly stated that countries “should reframe and recognize these practices as constituting torture or other cruel, inhuman or degrading treatment or punishment….”[16]

Szasz became a co-founder of CCHR in its forming year, 1969, helping release a fellow Hungarian from involuntary detainment when psychiatrists labeled him as “schizophrenic” when he was simply speaking Hungarian.

Szasz said of CCHR: “We should honor CCHR because it is really the organization that for the first time in human history has organized a politically, socially, internationally significant voice to combat psychiatry. This has never happened in human history before.”