CCHR Florida has expanded their campaign to protect children from unnecessary involuntary examination following recent changes to the mental health law which now requires that the involuntary psychiatric examination of a child be initiated within 12 hours after arrival at a receiving facility, 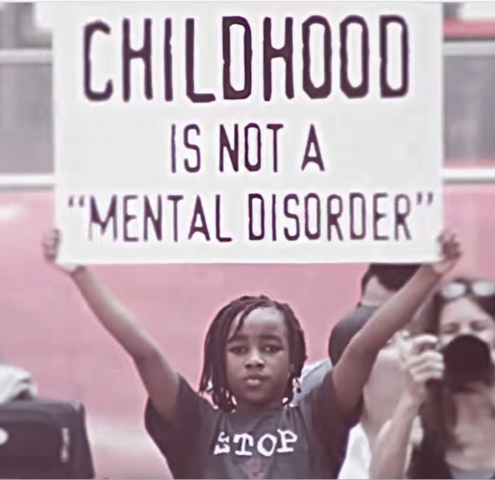 Following recent changes to the mental health law, which now requires that the involuntary psychiatric examination of a child be initiated within 12 hours after arrival at a receiving facility, the Citizens Commission on Human Rights (CCHR) of Florida, has expanded their campaign to protect children from unnecessary involuntary examination.

The Florida chapter of the Citizens Commission on Human Rights (CCHR), a non-profit mental health watchdog that exposes human rights violations and is dedicated to the protection of children, originally launched a campaign late in 2015 geared toward restoring the rights of parents and preventing inappropriate Baker Acting of children in response to the alarming number of children being sent for involuntary psychiatric examination. A major focus of this campaign is public education and since the launch CCHR has educated almost 160,000 families on their rights under the mental health law commonly referred to as the Baker Act.

The original intent of the Baker Act, named after Maxine Baker, the former State Representative from Miami who sponsored the Act, after serving as chairperson of the House Committee on Mental Health, was to ensure patient rights and prevent abuse, however the Annual Report of Baker Act Data, revealed in March of this year that 32,475 minors were sent for examination during fiscal year 2015 to 2016. [1]

In addition to launching an educational campaign aimed at informing families of their rights under the law, CCHR also began filing a series of complaints with the Department of Children and Families, the Agency for Health Care Administration and Florida lawmakers detailing abuses suffered by children who had been Baker Acted.

“A significant percentage of the calls we receive involve situations where the child who was Baker Acted never met the criteria for involuntary psychiatric examination,” stated Diane Stein, President of CCHR Florida. “These children, some as young as five years old, end up spending sometimes multiple nights away from their families when they never should have been there in the first place.”

In response CCHR started a petition to further protect children by amending the law to require that parents or legal guardians be notified before a Baker Act is initiated and that no involuntary examination be initiated without the parent first being given the right to refuse voluntary treatment as laid out in Florida Statutes.

Any persons living in Florida who are interested in protecting children from abusive Baker Acting are encouraged to sign this petition to stop the involuntary examination of children without parental knowledge at https://www.ipetitions.com/petition/protect-children-from-baker-act. For more information on this campaign please contact CCHR at 727-442-8820 or visit the center at 109 N. Fort Harrison Ave in Clearwater, Florida.

Initially established by the Church of Scientology and renowned psychiatrist Dr. Thomas Szasz in 1969, CCHR’s mission is to eradicate abuses committed under the guise of mental health and enact patient and consumer protections. It was L. Ron Hubbard, the founder of Scientology, who brought the terror of psychiatric imprisonment to the notice of the world. In March 1969, he said, “Thousands and thousands are seized without process of law, every week, over the ‘free world’ tortured, castrated, killed. All in the name of ‘mental health.’” For more information please visit www.cchrflorida.org