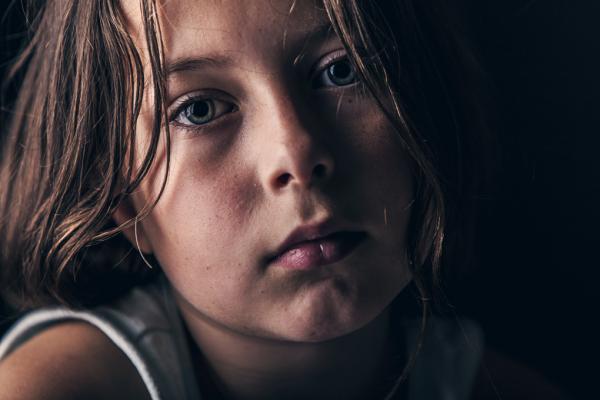 The U.S. National Institutes of Health (NIH) has granted $33 million to an Australian youth mental health research program that American psychiatrist, Prof. Allen Frances, once warned was a “reckless experiment.”[1] The research is aimed at developing models for “predicting” the onset of and outcomes for young people said to be at high risk of psychosis. However, treatment can often involve antipsychotics that list psychosis as a side effect, thereby inducing rather than preventing the condition.[2] Citizens Commission on Human Rights International, a mental health industry watchdog, warns of the widespread criticism of what it calls “crystal ball” prediction diagnosing. Frances said it can lead to false positives diagnostic rates as high as 90%—nine out of 10 children—that would lead to increased antipsychotic prescribing.[3] Combined with parallel U.S. research, a total of $82.5 million has been allocated.[4]

CCHR said this is an example of mental health treatment of children and adolescents going in the wrong direction and away from non-harmful practices. There are deep concerns about long-term treatment adverse effects on the developing brains and bodies of children and adolescents. Those worries include the side effects of antipsychotics, stimulants, antidepressants and electroshock treatment. “The trend now for ‘early intervention’—the pre-drugging of children in advance of any disorder onset—is a frightening aspect,” Jan Eastgate, president of CCHR said.

Prof. Patrick McGorry, the head of the Australian Orygen research group receiving the grant, said they are collaborating closely with a U.S. consortium at Yale and Harvard universities.[5] They are in partnership with the Accelerating Medicines Partnership—a public-private organization that includes NIH, the U.S. Food and Drug Administration (FDA) and multiple biopharmaceutical companies.[6] The research is looking for biological markers for schizophrenia/psychosis, although they are not physical illnesses in the same sense as diabetes and cannot be detected by any medical test.[7] The aim is to “tailor” the “discovery of new treatments,” towards more “drug discovery.”[8]

With industry admissions that in nearly 70% of patients taking antidepressants, the drugs are ineffective, antipsychotics are now added. The practice of using antipsychotics as an adjunct therapy has nearly doubled from the mid-1990s to the late 2000s.[10]

In the U.S., IQVia reports that 2.1 million 0-17 year olds are prescribed antidepressants, although the FDA issued a Black Box warning that the drugs can induce suicide.[11] Potentially, more than 1.4 million children are at risk of being prescribed antipsychotics, facing further debilitating effects of both motor damage and suicide.

CCHR said the use of electroshock treatment—the passage of up to 460 volts of electricity sent through the brain—is also administered to children, causing severe memory loss and brain damage. The FDA has officially endorsed it for ages 13-18, largely when antidepressants have failed. This is despite four U.S. states (California, Colorado, Tennessee, Texas) banning pediatric use of ECT. Freedom of Information Act requests CCHR filed with state agencies also found at least nine states reporting electroshock being given to those in the 0-5 age group.

Autistic children as young as eight have been subjected to ECT.[12] So-called maintenance or multiple series ECT is usually given, with one teenager administered it more than 250 times.[13] Aetna insurance considers ECT experimental and investigational for the treatment of Autism spectrum disorders because its effectiveness has not been established.[14]

Even before children are born, they can be damaged from ECT administered to pregnant women.[15] The American Psychiatric Association asserts that ECT is safe during all trimesters.[16] But the World Federation of Societies of Anaesthesiologists says that ECT is “absolutely contraindicated” in pregnancy.[17] Adverse effects in the fetus include cardiac arrhythmia and premature birth.[18] In one study of 67 cases, adverse events such as fetal heart rate reduction, uterine contractions, and premature labor (born between 29 and 37 gestation weeks) were reported for nearly one third (29%). The overall child mortality rate was 7.1%.[19]

Those concerned are encouraged to sign CCHR’s online petition to ban ECT.

Today, “early intervention” methods, such as that suggested by Orygen and its U.S. counterparts, add to the potential risk to children. A Cochrane review refuted McGorry’s claims for early intervention saying that the rigorous review of the scientific literature concluded “there was insufficient scientific evidence to support McGorry’s grand assertions that early intervention programs promote enduring change and can reduce the lifelong burden and cost of illness.”[20]

CCHR urges parents whose children have been damaged by psychotropic drugs or electroshock treatment to contact CCHR for assistance.