Over 4,000 involuntary psychiatric examinations, Baker Acts, involved children 10 and younger during 2017/2018 according to the Baker Act Reporting Center. 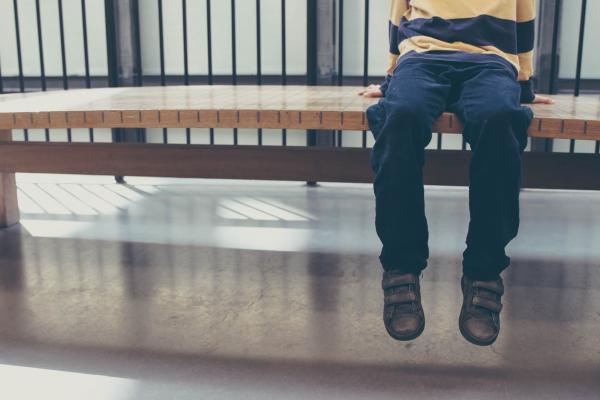 Clearwater mother, Tyeisha Harmon is publicly demanding answers after her seven-year-old special needs child was handcuffed and transported by law enforcement to a mental health facility despite the fact she was on her way to the school to help her son. [1]

As reported by the Baker Act Reporting Center, an astounding 36,078 involuntary psychiatric examinations were initiated on children across the state and over 4,000 of these Baker Acts involved children 10 and younger. [2]

The Baker Act allows for any individual, including a child, to be taken into custody and sent to a psychiatric ward for an involuntary examination provided they meet certain criteria. These criteria state there must be “a real and present threat of substantial harm to his or her well-being” or “a substantial likelihood that without care or treatment the person will cause serious bodily harm to himself or others”. [3]

The message Belcher Elementary School Principal Kristy Moody sent to parents stated, “To keep you informed of important matters, on Wednesday afternoon a student had to be restrained for their own safety and the safety of others. The student was engaging in dangerous activity that could have hurt the student or others. Please know that restraint of students is only used as a last resort when other interventions have not resolved the issue. The safety, health and well-being of our students and staff is our highest priority.”

What was the dangerous activity of this 7-year-old, which caused him to be sent from school in handcuffs? The supposed “dangerous activity” according to Harmon was her son was running away from them.

This story, along with recent news coverage of outraged parents in Florida whose children were taken into custody under the Baker Act, prompted the Florida chapter of the Citizens Commission on Human Rights (CCHR), a mental health watchdog that investigates and exposes abuse in the mental health industry, to once again call for a reformation of the Baker Act.

“The law clearly allows for a parent or guardian to be contacted and given the opportunity to help a child in crisis yet this is not being done,” said Diane Stein, President of CCHR Florida. “Instead the fundamental right of a parent to help their child is being disregarded in Florida resulting in thousands of illegal Baker Acts.” [4]

CCHR Florida operates a toll-free hotline and regularly receives calls from frightened parents whose children have been taken from school and locked up in a psychiatric facility to undergo evaluation. An analysis of the calls received revealed that a significant percentage of these children never met the legal criteria for a Baker Act which matches the data provided during the 2017 task force on the Baker Acting of children which reported that an estimated 30% of the involuntary examinations involving children in Pinellas County failed to meet the criteria. [5]

Among the recommendations made by this same task force was “increasing parental/family involvement” yet this recommendation has not been put into effect despite multiple bills being filed in Tallahassee over the past several years to amend the law to clearly require parent involvement before the initiation of a Baker Act.

“Calls for Baker Act reform continue to leave parents out of the solution yet the simple fact remains that if parents were being brought into the process a large percentage of these situations would be resolved,” stated Diane Stein.

In 2016, CCHR Florida launched an educational campaign to inform families of their rights under the mental health law. Through the use of free workshops, seminars and mailings CCHR has educated over 220,000 families across Florida and vows to continue pressing legislators to amend the law to require parental notification prior to the initiation of a Baker Act on a child. For more information on the Baker Act, your rights as a parent or to report abuse please call 800-782-2878.