Pop icon, Britney Spears’ traumatic story of being held captive by a punitive guardianship law, with abusive psychiatric evaluations and forced mood-altering drugs, has prompted policymakers to act. But while applaudable, it falls short on needed protections. 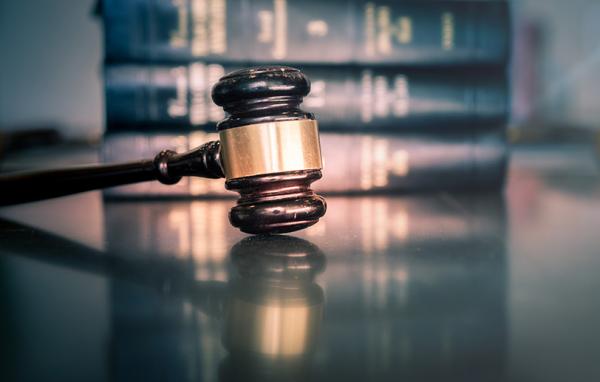 The conservatorship abuses that singer, Britney Spears, has alleged she suffered for thirteen years, has prompted a Congressional response to protect the rights of others. But these efforts may exacerbate the national problem if they ignore how many conservatorships, which place guardians over the control of a person’s affairs when deemed mentally incompetent, are often based on a subjective psychiatric evaluation. Citizens Commission on Human Rights International, a mental health watchdog, said a psychiatric evaluation can be stigmatizing and is hard to disprove because of its subjectivity.

The diagnosis can be used to usurp a person’s Constitutional rights to liberty. It is further hampered by what Thomas Insel, former Director of the National Institute of Mental Health said about psychiatry’s Diagnostic and Statistical Manual for Mental Disorders (DSM), used for evaluations, that it is “weak” because of its “lack of validity.”[1]

A bipartisan “Britney Bill” (aka FREE Act) was recently introduced federally with the intention to crack down on conservatorship abuse.[2] CCHR wants to see more protections that align with the World Health Organization’s recent guideline for people with mental health disabilities. WHO recommends countries “repeal guardianship and other substitute decision-making legislation and replace with laws that recognize legal capacity and promote supported decision-making, including the use of advance plans [Living Wills] and best interpretation of will and preference.”[3]

In Britney’ case, the conservatorship was put into place in 2008, while she struggled with her mental health.[4] Last month, she spoke out against the conservatorship over her affairs, which she said had made her feel “demoralized and enslaved.” She has been subjected to numerous psychiatric evaluations and medications, stating: “I want to end the conservatorship without being evaluated.”[5] The system in place is “abusive,” Britney said, especially being forced to take mood-stabilizing drugs and perform against her will.[6]

She alleged that she was subjected to lengthy psychological evaluations, forced into a $60,000-a-month inpatient facility and told that she wouldn’t be able to see her children if she failed to comply.

Tamar Arminak, a conservatorship lawyer said, “It is the psychiatrist that holds, sort of, dangling the carrot” the threat to the individual that they are not complying with their treatment, “‘You’re not doing well,’” and “‘Therefore, you are going to be institutionalized.’”[7]

While the intentions behind the FREE Act are commendable, CCHR says, nothing addresses potential abusive evaluations. Individuals will have the “right” to petition to have a “state-employed public guardian” and “state-appointed caseworker.”[8] But this turns the process over to the State with no protections to ensure that those appointed are beyond reproach other than a disclosure of financial conflicts of interest to prevent fraud.

The WHO’s “Guidance on community mental health services: Promoting person-centered and rights-based approaches” released in June, is clear: “Many people with mental health conditions and psychosocial disabilities are denied the right to exercise their legal capacity; that is, the right to make decisions for oneself and to have those decisions respected by others. Based on stigmatizing assumptions about their status – that their decisions are unreasonable or bring negative consequences, or that their decision-making skills are deficient,” and, therefore, others “should step in and make decisions for people with mental health conditions and psychosocial disabilities” under schemes like guardianship.

However, “it is important for countries to set goals and propose steps to eliminate practices that restrict the right to legal capacity, such as involuntary admission and treatment, and to replace these with practices that align with people’s will and preferences, ensuring that their informed consent to mental health care is always sought and that the right to refuse admission and treatment is also respected.”

Congressman Rand Paul posted a Tweet with a link to a page on CCHR International’s website with a quote by Dr. Thomas Szasz against involuntary hospitalization and treatment, stating: “Thomas Szasz seems to say Free Britney…What say you?”

The late professor of psychiatry and co-founder of CCHR, Szasz warned against state intervention that allows psychiatry to circumvent individual and constitutional rights. He called it “The Therapeutic State,” where the state gives psychiatry the power to be an institution of social control. “When I use the term therapeutic state, I use it ironically, it’s therapeutic for the people who are doing the locking up, who are doing the therapy, it’s not therapeutic for the victims, for the patients,” Szasz said. “The therapeutic state seeks to remedy personal and social problems defined as diseases; its beneficiaries are often ‘helped’ against their will; it is a totalitarian state, governed by the rule of therapeutic discretion.”[9]

State protections are needed to ensure that someone subject to a psychiatric evaluation also has freedom to obtain a second medical and legal—as opposed to a psychiatric—opinion.

CCHR, which was established in 1969 and has obtained more than 190 protective laws worldwide, offers a psychiatric living will on its website, inspired by Prof. Szasz.

[2] Aishvarya Kavi, “A bipartisan bill seeks to ‘Free Britney’ and others who ask a judge to replace their guardian or conservator,” The New York Times, 20 July 2020, www.nytimes.com/2021/07/20/us/politics/free-britney-bill-law.html; Chris Willman, “Bipartisan ‘Britney Bill’ Introduced in Congress — and Some in ‘Free Britney’ Movement Oppose It,” Variety, 20 July 2021, variety.com/2021/music/news/britney-bill-introduced-congress-conservatorships-1235024037/

[4] Zoe Christen Jones, “What does Britney Spears need to do to end her conservatorship?” CBS News, 16 July 2021, www.cbsnews.com/news/britney-spears-conservatorship-father-how-to-end/