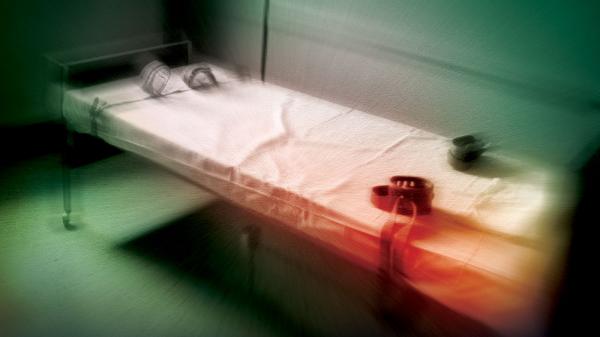 Citizens Commission on Human Rights International (CCHR), a 51-year mental health industry watchdog group and Rev. Frederick Shaw, head of the NAACP Inglewood-South Bay Branch, commended authorities and Michigan state agencies for quickly acting on the death. On April 29, 2020, Frederick, a ward of the state since age 14, was physically restrained at the Sequel Youth & Family Services-owned residential psychiatric facility that treats foster care and other children with behavioral issues. Frederick went into cardiac arrest while being restrained by staff, allegedly after throwing a sandwich on the floor and becoming unruly. According to the family’s attorney, Frederick started yelling, “I can’t breathe!” before passing out. Thirty hours later, he was dead.[2]

The Michigan Department of Health and Human Services (MDHHS) has terminated its contract with Lakeside and started the process to revoke its license.[3] MDHHS Director Robert Gordon issued a statement on June 22 that “we will not rest until we have changed the system that allowed his death,” and MI Governor Gretchen Whitmer has directed actions be taken to correct the system.[4] MDHHS said it “will change its policies to forbid the use of physical restraints in all its licensed and contracted facilities.”

Shaw, who recently started a Task Force against racism in the mental health system, comprising African American doctors, psychologists, ministers, attorneys and advocates, said he will present evidence to members of the Michigan Black Caucus to support a ban on restraint use in all state and private psychiatric hospitals.[5] He cited a Journal of Contemporary Criminal Justice article that said following the civil rights movement, stereotyping or falsely profiling Blacks as criminals became so pervasive that any “young Black male,” could be seen as potentially violent or disruptive.[6]

“This indoctrinated mind-set has to change. The tragedy of Cornelius Frederick raises concerns about institutional racism in the mental health and foster care/juvenile detention systems. African Americans are over-represented in restraint-related deaths of children and adults with disabilities and are racially stereotyped as violent—a throw-back to eugenics—which can predispose them to being drugged and restrained more,” Rev. Shaw said.

CCHR worked with others to obtain reforms to federal regulations regarding restraint use in mental health facilities following a Hartford Courant series on restraint deaths in 1998 that led to a Congressional Hearing on the issue. Jan Eastgate, president of CCHR International, said it’s time for a complete overhaul of the potentially deadly practice, not just in Michigan but nationwide.

She said patients can often be affected by psychotropic drugs that can induce violent behavior leading to them being restrained and this should be investigated in any restraint death. The Center for Medicare and Medicaid Services (CMS) regulations say that “a patient may experience a severe medication reaction that causes him or her to become violent.”[7]

Shaw adds that an investigation should also determine if Michigan psychiatric facilities are excessively prone to using restraints against African Americans and minorities and also on foster care children entrusted to these facilities’ care.

CCHR cites cases such as the U.S. Supreme Court which held that patients, even those who are involuntarily committed, have constitutionally protected liberty interests.[8] Testimony in another case suggested that Restraint and Seclusion (R&S) are often used “reactively and inappropriately” by staff.[9]

The Journal of the American Academy of Psychiatry and the Law addressed restraint deaths saying patients’ basic constitutional rights, such as life and liberty interests and freedom from cruel and unusual punishment or unnecessary bodily restraints, are protected. “Violation of any of these rights may be grounds for damages in a case involving R&S,” the journal reported. Further, “because risks to patients can be severe, some scholars advocate the complete elimination of R&S.”[10]

CCHR agrees with the elimination, saying that too many psychiatric restraint deaths are excused as an unfortunate but acceptable outcome in behavioral hospitals, and therefore, immune to prosecution. There’s an inequity in the law, it says. Shaw says, “Frederick’s death is an example of systemic abuse and institutional racism that pervades the psychiatric-behavioral industry nationwide and should be held accountable—judicially and legislatively. Right now, Michigan could lead the way to potential effective reform.”

CCHR also calls on people to support the Michigan Center for Youth Justice online petition to get Justice for Cornelius Frederick.[11]