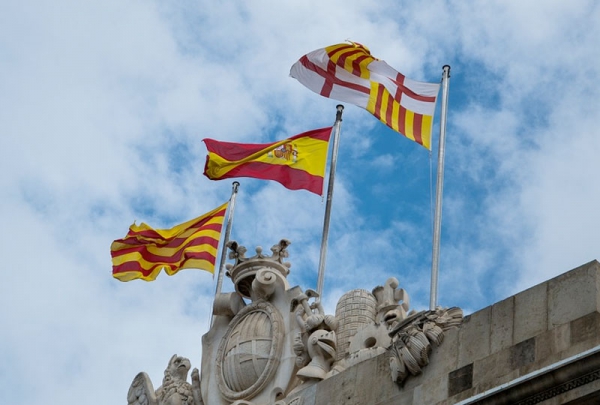 A month ago, Catalonia’s peaceful referendum in the face of the Spanish government’s brutal police disruptions won them sympathies from around the world. In this brief time the separatist movement looks to have moved too fast too soon, with their leader now self-exiled in Brussels.

California and other secessionist movements should pay close attention to the good, the bad and the ugly from Catalonia’s attempt to break free from Spain. The single most important factor separating successful from failed breakaway movements lies in how well they negotiate. Negotiation Expert Calum Coburn says, “In times of peace, breakaway states need all the negotiation skills they can muster.”

What are the ‘good’ things that pro-separation Catalonia can teach California? “The Catalonia movement is united – see their impressive human tower representing this. By contrast, California is divided, whether along red and blue lines or a clear vision of what separation should look like. The second negotiation skill Catalonia showed was starting with extreme positional demands (e.g. to secede without negotiating with Spain), whereas California is not being ambitious enough with their demands. Extreme demands are a useful negotiation anchor when facing down a positional bully such as the Spanish government” advises Coburn.

The ‘bad’ includes Catalonia trying to move too fast. “Complex negotiations require time to research and plan” counsels Coburn. “Catalonia only recently asked Estonia about launching their own cryptocurrecy. Catalonia was nowhere near prepared to pull the trigger. Spain’s response was a decapitation threat, to cut off Catalonia’s oxygen supply, by threatening to take over the Catalonian regional government, including their finances. The result? Government workers in Catalonia are back at their desks rather than being on strike. California by contrast is moving too slowly.”

The ‘ugly’ are lessons California would be wise to avoid. “Catalonia played all their cards prematurely by announcing their independence. The heavy-handed Spanish government response was predictable. Spain raided offices, sacked officials, announced a Catalonian election. Now the Catalonian leader has exiled himself in Brussels, presumably to avoid being arrested and charged. Experienced negotiators know that most negotiation tactics expire the moment they are used. Catalonia should instead have entered into negotiations with Madrid, while they improved their position and prepared for their separation.”

With such an important negotiation goal as self-rule for their people, the Californian and Catalonian governments should have started by training their leaders in negotiation.

“We would gladly welcome Californian and Catalonian negotiators onto our negotiation seminars” Coburn said.

About The Negotiation Experts

The Negotiation Experts specialises in customising negotiation training for its corporate business clients. Courses have been delivered globally in their clients’ offices in over 35 countries. Courses are delivered in both classic classroom format, and via online screensharing. Follow up is a key differentiator, which includes scored assessments after graduation, and practical negotiations using their world-first online Negotiation Sim.

Negotiation Experts are available for interviews.