Bryant Lazaro, 32, has been recognized as the youngest ever American football (soccer) manager to coach in a professional European league (Norwegian 1st division - Obos-Ligaen) and the 13th youngest head coach globally as of June 1, 2020, according to FIFA's CIES Football Observatory. 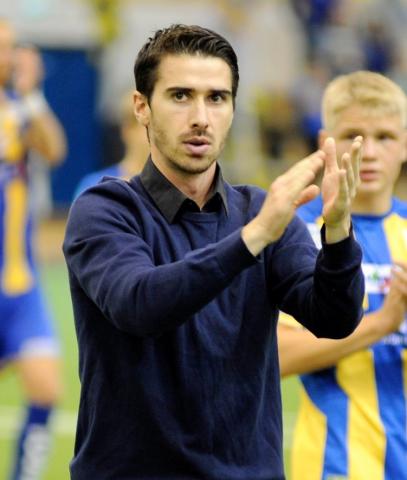 Bryant Lazaro, 32, has been recognized as the youngest ever American football (soccer) manager to coach in a professional European league (Norwegian 1st division – Obos-Ligaen) and the 13th youngest head coach globally as of June 1, 2020, according to FIFA’s CIES Football Observatory (See website URL document page 3). This recognition is, in part, a result of Bryant’s contribution within the professional football industry, first coming onto the football scene for his work in Spanish “La Liga” club Levante UD, where, along with coaching at the highest levels in their Academy, he founded and created their Department of International Formation in 2014, still active to this day. https://www.youtube.com/watch?v=x07fWMYcVaw.

Bryant Lazaro, a native of Florida, USA, has been involved with the professional football world for over a decade, starting his education in Argentina with his Pro License at the renowned ‘Escuela Adolfo Pedernera’, and in Spain when completing 2 Master’s from Real Madrid Graduate School in 2013 – An MBA in Sport Management and a Master in Talent Identification & Development in Soccer. In response to a question on the driving force behind his success, Bryant has explained how it really boiled down to his globalist approach, adaptability in different football cultures in Europe and Argentina. Along with being trilingual, fluent speaker in English, Spanish & French. And most importantly, finding mentors who guide and inspire him as a student of the game.

Reflecting on the recognition Bryant is quoted as saying: “Football is a universal sport, there is no limit to where you can grow as a professional. It helps tremendously to speak languages: English, French and Spanish have been very useful for me as an amplifier of the excellent education I received in Argentina, Norway and from the Real Madrid Graduate School.” https://universidadeuropea.com/en/news/the-whole-program-has-been-magnificent-and-extremely-interesting-it-s-very-complete

In a recent one-to-one interview, Bryant Lazaro reminisced on other past achievements, which helped build momentum towards the present day. Notably, one of the proudest was working as the youngest American football manager to coach professionally in Europe.

In the same interview, Bryant stated his intentions for the future. The primary goal for the next 6 months, Bryant states, will be to complete his PhD in Sport Sciences from UCAM Murcia University in Spain. Looking farther ahead, the aim is to coach at the highest levels all over the world in leagues such as: MLS (USA), La Liga (Spain), Premier League (England) and prominent South American leagues.

When asked about his coaching philosophy, Bryant said: “I see football very clearly, the 11 players on the field must attack and defend together. The goalkeeper is the first attacker and the striker is the first defender.” https://oygardenfk.no/nyheter/intervju-med-hovedtrener-bryant-lazaro

Bryant Lazaro closed the interview by sharing his recommendation for anybody who wanted to follow in his footsteps in some fashion, perhaps taking the achievements even further. According to Bryant Lazaro, the key is getting out of your comfort zone, cultural adaptation and learning from the best.

Further information can be found at https://football-observatory.com/IMG/pdf/mr56en.pdf