Hospital negligence and surgery complications happen on a regular basis and often times leave the patient with a ticking time-bomb of problems and a short window in which to find a resolution thanks to the statute of limitations being under 3 years in NYC. 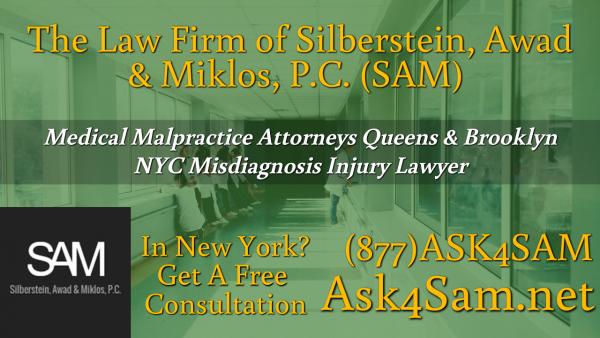 Healthcare in the United States is arguably the highest quality of healthcare available in the world, at any point in human history. Modern hospitals are able to perform life-saving operations that even a few decades before would have been in the realm of Science Fiction. It is quite natural to be in awe of the overall prowess inability of modern medicine, nevertheless one must always take a sobering approach that acknowledges proverbial warts that are often times not immediately visible in our modern system.

When a hospital makes a mistake, the patient or their family is entitled and has the legal right to receive compensation for any resulting injuries. The number one mistake made by most patients who have suffered Hospital negligence or surgery complications that resulted in injury is to simply do nothing. Most hospitals work within a legal system that prevents patients from filing a claim against them after a certain period of time, often times as short as one to three years after the incident. In New York, patients have just 2.5 years from the incident of treatment, according to N.Y. Civil Practice Law and Rules section 214-a.

It is almost always in the patient’s best interest to seek competent legal advice from an experienced medical malpractice injury attorney in New York City, such as the law office of Silberstein, Awad & Miklos, P.C. (SAM), who can be reached via their website, https://Ask4SAM.net, or by calling (516) 832-7777. Silberstein, Awad & Miklos, P.C. Provides a free consultation to help individuals sort out their thoughts and feelings and questions about what has happened to them and they figure out if they have a case. Speaking with a Brooklyn & Bronx NYC Hospital Negligence Attorney or Surgery Complications Lawyer can help address any immediate steps or actions needed to be taken to pursue legal action.

A spokesperson for SAM stated that, “We know when to try cases to verdict, when to settle, and when to appeal. Let our trial team relieve you of your worries and anxieties associated with having to sue. Our accident lawyers are available by phone or e-mail seven days a week.”

SAM has won numerous cases for their clients, ranging from $2.6 million settlements for delayed diagnosis to a record-breaking $30 Million dollar verdict – the largest reported verdict involving cervical cancer, nationally. “Our firm has achieved numerous million and multimillion-dollar verdicts and settlements. We often take cases that other firms have refused and win.”

New York City residents who have been injured should call to set up a free consultation with an attorney at the law office of Silberstein, Awad & Miklos, P.C. (SAM), who can be reached via their website, https://ask4sam.net/contact/, or by calling (516) 832-7777.