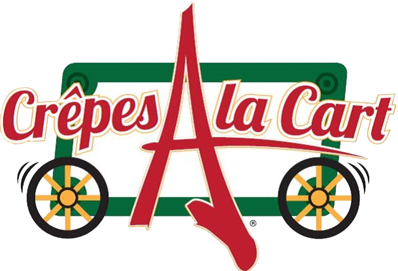 Crêpes à la Cart Kitchen, an award-winning crêpe business in Breckenridge, Colorado, has launched updates to their service website. The company serves traditional sweet and savory crêpes to the residents of Colorado and has recently relocated to a brick-and-mortar kitchen café.

More details can be found at https://www.crepesalacarts.com

The newly launched website updates include crêpe menus, locations, and details about parties and franchising for customers, in addition to guidelines regarding changes to the business and opening hours during the pandemic.

Based on the classic French recipe, crêpes have been served as a savory or sweet treat for centuries, both as takeaway food and in restaurants. Often made with a variety of fillings from simple sugar to elaborate savory affairs (known as galettes), they originated in the Brittany region of France, but remain popular across the globe.

Since their opening in 2000, Crêpes à la Cart has evolved and transitioned from a single street cart to a recently opened brick-and-mortar kitchen, to serve customers with the traditional French cuisine-inspired street food. Their current menu offers savory, sweet, and breakfast crêpes of varying levels of complexity, with a variety of fillings to suit most palettes and pockets.

Though the business’ new location is a true “kitchen” café, the company has retained the name of Crêpes à la Cart as an homage to their humble beginnings. The boutique café premises have been designed to represent the culture and spirit of legendary French cuisine and lifestyle, with an American touch.

Menu specialties include the Monte Cristo as a savory option (cheddar cheese, ham, chicken, honey Dijon, raspberry jam and powdered sugar); the Crêpe Suzette for the customer with a sweet tooth (butter, sugar, and Grand Marnier); or the American Classic as a filling breakfast choice (jumbo egg with cheddar cheese and a choice of ham, bacon, turkey, chicken or salmon).

With the latest announcement, Crêpes à la Cart Kitchen continues to invest in providing customers in Breckenridge, Colorado with a range of savory and sweet crêpes that pay tribute to traditional French food. In addition, the company also offers other businesses the opportunity to franchise with them.