It has been announced that Save the Mothers Trust, a UK based charity, has raised over £45,000 in donations and distributed food parcels for people in Syria. It is one of the many donations it has provided to help needy and starving people. 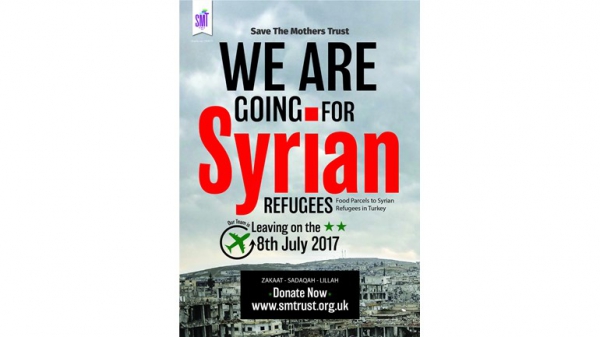 Save the Mothers Trust, a Bradford, West Yorkshire based charity in the UK that provides international relief and support to those less fortunate in the UK, has announced a that it has raised over £45,000 in donations to help the people of Syria in Turkey. It has also distributed food parcels and clothes to the needy and starving people who need them.

Save the Mothers trust was formed in 2003 to help people in poverty and those experiencing hardship, so that they can turn around their lives and become self sufficient and independent.

It prides itself on providing high quality relief and aid to the people who need it most. One of the aims that forms the foundation of the organisation is that it doesn’t just provide emergency relief, it offers long term aftercare as well.

This often falls in areas that don’t receive much media coverage, and therefore don’t always attract the donations and charity work that they deserve.

Save the Mothers was so named because of the charity’s belief that a mother is at the core of every family, and it’s the mother, or mother figure, who forms the structure and foundation for children to live their lives in the best way.

In addition to its highly successful donation work for the people of Syria, it has also set up and established a range of other donations for needy and starving people in areas of need, both internationally and in the UK.

One of the primary aims of Save the Mother is to construct maternity wards in south Asian and African villages, where many women and children die because of the lack of access to skilled midwives.

This is something that most people take for granted, but has a massive impact on the lives of those less fortunate.

The foundation also works to provide better education for those who need it, as it believes schooling is a crucial element in becoming self sufficient.

Those wishing to find out more about the organisation and its charity work both internationally and abroad can visit the website on the link provided above.