As we age, it may seem like everything in our lives dims down a bit. But it’s not only a change of lifestyle that’s leading to a loss of brightness in our so-called golden years, according to Australian master of optometry Gary Rodney. 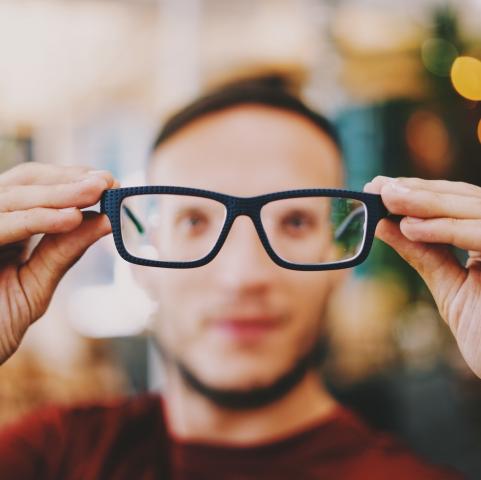 When Cataracts Close the Curtains on Your Vision

As we age, it may seem like everything in our lives dims down a bit. The family leaves home, and the clock no longer sounds its alarm at 5 or 6am for the school drop-off or day at the office. But it’s not only a change of lifestyle that’s leading to a loss of brightness in our so-called golden years, according to Australian master of optometry Gary Rodney. An alarming number of people are getting a dulled down view of life due to cataracts. And the good news, according to Rodney, is that prompt action could return the brightness, and restore clear sight.

Responding to Prevent Blindness America’s decision to name June the Cataract Awareness Month, the Australian behavioural optometrist and founder of Smart Vision optometry said cataracts were one of the major causes of eye impairment and vision loss globally, starting with the over 40s’, and reaching higher risk levels as people reach their 60s and beyond.

In the US, around 24million over-forties (just under 1% of Americans) have cataracts. In Australia, where a far smaller population leads to a drop in the actual number of people afflicted, the percentage of the population affected is almost double America’s. Nearly 2%, or close on half a million Australians, are already feeling the effects of these cloudy curtains gradually closing over their eyes, and the numbers are growing every year. For many it will result in blindness.

Rodney said the cataracts which form on the lenses in the eyes, and progressively cover them with a cloudy white film, change the way light enters the eyes. This causes the viewed world to appear as though it’s being seen through a fish tank, or very dirty window. Everything becomes increasingly hazy and blurry, or pales down to a dull yellow. Light may also seem either too dim or too dazzling for reading or close work, and getting new glasses might bring about no improvement.

While anyone over 40 can be vulnerable to cataracts, Rodney says statistics show women to be more than twice as susceptible as men. And annual statistics show the rate at which the number of females being afflicted has been rising over the past decade is almost three times faster than that of their male counterparts.

According to Rodney there are three types of cataracts: the nuclear one that forms in the centre of the lens, another that is wedge-shaped (cortical cataract) which forms at the edge of the lens, and the fast-developing posterior capsular cataract, which develops behind the lens, where it blocks the light rays from reaching the retina.

Light on the Horizon

Rodney says that it is possible to both reduce the risk of getting cataracts, and to have them removed successfully once they have started to develop, provided action is taken before the damage they can cause has progressed too far.

Among the best precautionary measures are protecting the eyes against UV light by wearing a hat or sunglasses when outside in the sun; undergoing regular eye check-ups if there are any signs of blurred vision and light sensitivity; or if there is a history of eye impairments like glaucoma in the family. Regular visits to the eye doctor are also recommended for diabetics; people using medications like prednisolone, or a corticosteroid hormone; and for those who smoke, as all three of these situations have been linked with the development of cataracts.

Rodney says, while simply accepting the slow change in vision clarity that develops as the cataracts spread as being an inevitable consequence of age, can have serious outcomes for the elderly, including blindness. However, taking action timeously has a good chance of restoring clear vision permanently, with cataract surgery’s success rate hovering at around 95% .

During surgery the clouded lens is removed and replaced with an artificial intraocular lens (IOL). Only a very small incision in the cornea is required, and in most cases the procedure is very quick, taking only around 15 minutes to complete the lens swap in one eye. If there are cataracts on both eyes, usually only one eye will be treated, with the cloudy lens on the other eye being replaced in another procedure some months down the line.