Biz Owners, Influencers and the US Economy Slow Down

Business owners who are ahead of trends tend to be more prepared and agile when reacting to economic downturns. How will this new generation of influencers adapt? 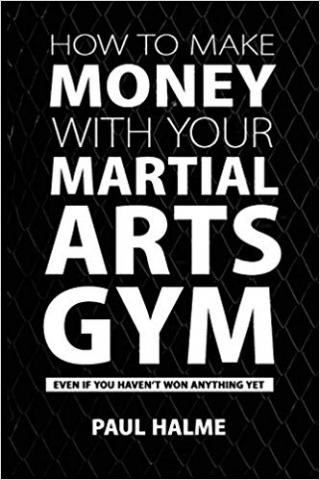 Foreboding news regarding the US economy taking soft nosedives is peppering the media airwaves.

In this recent news on NBC, more than 7 million Americans find it difficult to chase their car mortgage payments. The data reflects American car owners who are 90 or more days behind, according to the Federal Reserve Bank of New York. Interestingly, the figure reflects 1 million more delinquents than 2010, after the recession.

People are apparently buying more cars than they can afford, car models they can’t afford, have lost appreciation for car ownership, or are simply tight with money right now. Something tells us it’s not just the influencers who are faking wealth through rented Lambos. But we’ll get to that later.

In a separate report by BBC, 2018 ended with slow economic growth—2.9%–it’s 0.5 % lower than the growth rate seen in the third quarter. Surprisingly, consumer spending slowed down towards the end of the year despite a big tax cut. Many people say Trump just doesn’t understand economics. That he’s not a real leader, a good economist, and is merely a loudmouthed “influencer”.

There’s that word again, “influencer”. This term has risen above common millennial parlance and has floated towards the internet marketing and consulting arena.

To the uninitiated, an “influencer” can mean as shallow as someone who has a lot of followers—probably a few thousands— on their preferred social media platform. To more serious marketing practitioners, an influencer is a person with the ability to influence potential buyers of a product or service by promoting or recommending items on social media. People really look up to them, whether they’re broke or not, and with social media coming up as a free resource, many people could easily be influenced by a few shots in the garage with sports cars, gorgeous girls, and money being flashed on screen.

A notorious icon for this style is Tai Lopez. He admits to using the flashy lifestyle to get the attention of guys from 18-25 years old, because that’s his target market. He sells business and digital marketing advice, a book summary subscription service, a variety of online courses, and other high ticket masterminds.

Around the world, projections show that the e-learning market will surpass 243 billion dollars by 2022. It’s not just these coaches, influencers, and business consultants, more and more universities are also adapting less traditional and highly competent digital education models.

A reputable MMA champion and business consultant, Paul Halme, also shares that he personally noticed more and more people joining the online coaching/ consulting industry, even if a huge percentage of these people are not really qualified.

“Before I became a consultant for MMA gyms, I had already won championships, spent several years in the MMA gym business, and even hold a decade’s worth of finance experience in Wall Street. I take my profession seriously, because bad advice could cost not just money, but jobs,” he shares.

Speaking of jobs, weekly jobless claims are also rising, so we really need several Plan Bs to make up for the apparent signs of the economy experiencing a slight downturn. Businesses need to shape up, and we need real experts like Halme to be seen and heard more often, instead of “influencers”. You’ve heard about the secretly broke influencer who eats ramen noodles to continue living in LA, or those who act like kings and moved to developing countries and is actually living at $400 a month. Not every influencer is as successful as Tai Lopez, but there are a lot of things worth learning from this notable aberration.

In this article on Forbes, the writer argues that although Tai Lopez is not really an expert at anything, he is making so much bank as an influencer because he can get eyeballs glue onto his content. Eventually, people buy. Tai has sold courses on dating, investing, cryptocurrency, and social media, among others. With the fortune he’s made from selling, he also sought investments and real business ventures, which gave him a sweet fund bed to fall back on.

While influencers may dominate our social media feeds all day, discernment is very important. These people who are behind on their car payments, are recently jobless, or those that are thinking of starting their business should learn that real business mentors may even just exist in their periphery. Whether it’s an uncle who’s owned a restaurant all his life, or a headstrong elder sister who is great at sales, one can always look for formidable mentors without the need to be persuaded by flashy ads.

There are also several forms of free online content that legitimate business coaches produce nowadays, local talks organized by business organizations, and free ebooks, so those would be smart to use too. One can ask their friends for recommendations; that way, less risks are incurred. The breadth of free-for-all content is huge—one can learn financial independence, starting a scalable online business, the basics of hiring remote teams, and even copywriting from online channels and local events that won’t cost a dime.

Maybe with people seeking proper mentorship from real business owners, America can slowly pick itself up.