Bitwage is the leading cryptocurrency payroll service, with operations in the US, Europe, Latin America & Asia. Bitwage offers employer, employee & freelancer services. Bitwage has over 30,000 users & received $1MM+ in funding from Draper Associates, Plug and Play, BPI France and many others. 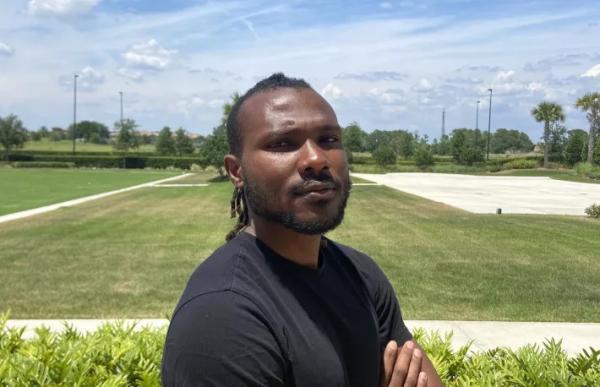 Bitwage has partnered with professional soccer player Ifunanyachi Achara – a Forward for Toronto FC – to ensure that his education, involvement, and acquisition of bitcoin is as seamless and simple as possible.

Through their partnership, Achara can play a role in spreading the key messages of bitcoin across the soccer community and financially help his family in a way that is easy, fast, and secure. Achara was born and raised in Enugu, Nigeria. He moved to the United States in 2014 – barely speaking English – and quickly dedicated much of his time to playing league soccer.

In 2016, he attended college at Georgetown University and played for the Hoyas. Achara was appointed team captain in 2019 and led the team to win the 2019 NCAA title. After graduation, he was signed to Toronto FC as a Forward.

Since his signing, Achara has been an outspoken advocate on racial issues, SARS, and social injustice in Nigeria. However, once Achara was signed, he began to think about what to do with his Major League Soccer (MLS) salary. He researched all the traditional investments, but with the solitude provided by coronavirus restrictions, he began to look into bitcoin.

“I’ve been in Toronto ever since COVID started and haven’t gotten out much – basically in quarantine – so I’ve had a lot of time to research bitcoin. Eventually I went down a rabbit hole and fell in love.”

But there was a problem. Living in Canada, Achara was not able to use many of the pre-existing exchanges.

This problem was solved with Bitwage. “I wish I knew about Bitwage earlier,” he said, “I would’ve been able to buy bitcoin through my paycheck without worrying about an exchange.”

Bitwage helped Achara gain quick and easy access to bitcoin through his MLS salary. Not only was he able to stack sats through dollar-cost averaging, but he was also able to assist his loved ones. Sending money to family and friends in Nigeria with ease and convenience was one of the biggest advantages of Achara getting paid in bitcoin through Bitwage. Sending money wires to Nigerian banks is often a fraught exercise: nearly impossible with his Wells Fargo account. The bank required for him to physically be in the U.S. This, and other logistical challenges, forced Achara to think creatively. Bitcoin allows him to bypass the banks and put money into the crypto wallets of the people he cares about overseas.

“Seeing how it immediately helped people back home with the lowest cost changed everything,” he said. Receiving his MLS salary in bitcoin through Bitwage saves Achara the headache of going through exchange loopholes and ensures that he’s accumulating consistently. He’s able to acquire bitcoin for himself and send the rest back home.