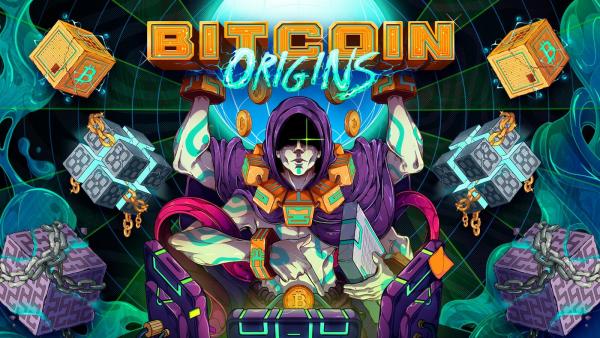 Bitcoin Origins, a series of non-fungible tokens based on the history of Bitcoin, will officially launch on October 31 at 10:31 AM PT. With the goal of creating awareness about Bitcoin, the highly scarce NFT collection will highlight the most significant moments in Bitcoin’s history. Bitcoin Origins has partnered with amazing artists to recreate at least 15 moments in Bitcoin history. Today marks the release of Moment 1, the Whitepaper Creation, with more to come.

“Bitcoin and every other crypto has a marketing problem,” said Jeremy Born, CEO of CoinGenius and co-founder of Bitcoin Origins. “NFTs are a way to solve that and help push the mass adoption of Bitcoin. We’ve created unique artistic assets with an educational dimension to arm people with the knowledge about why bitcoin was created, why it exists, and why it will thrive and flourish.”

When it comes to Bitcoin Origins, it’s all there: Satoshi’s whitepaper, the genesis block–you name it. Each moment will be a little bit different. Each new card will be released as its own block. The first release is a 1MB block containing one card and the chance of receiving a bonus “Death Card,” which pays homage to the exaggerated reports of Bitcoin’s demise. There will also be 2MB and 4MB blocks for purchase which will become available once the 1MB block is fully mined (sold out).

Paul Jenkins saw the potential in Bitcoin and artwork surrounding the world’s first digital currency, and so he joined the Bitcoin Origins team. Jenkins, who shaped many of the characters which helped lift Marvel Comics from Chapter 11 Bankruptcy, sees NFTs as a new medium for storytelling.

“Bitcoin Origin is not just a history of Bitcoin–it’s a game,” said Jenkins. And the value is in the community. That is what made Bitcoin work: the value was in people’s perception of it. With Bitcoin Origins and NFT, we’re breaking new ground. There are new ways we can tell stories, and NFTs are a new form of storytelling.”

Said Born: “This is about the artistic nature of the piece. People hold these at high value, because it is a very scarce and limited set and is truly like holding a piece of Bitcoin history.”

Anyone can join the Bitcoin Origins story and play for free and receive a free NFT by simply filling out this form.

Bitcoin Origins is an exclusive collection of digital collectible cards immortalizing the most significant moments in Bitcoin history. These cards are intended for Bitcoin fans around the world who want to own a rare piece of Bitcoin history. You can join the community now on Telegram (https://t.me/BitcoinOrigins) and stay up to date at BTCOrigins.com.