Home and business automation used to be about telling your systems what you want them to do. Now they do not even need to be told. More information at https://spherehometechnologies.com. 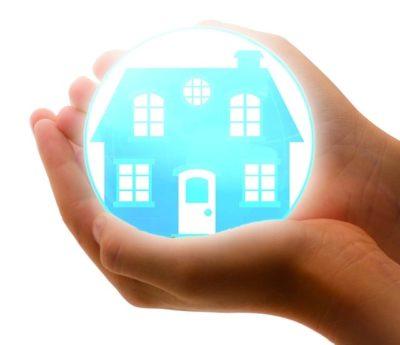 Since the launch of Home Automation in May of this year by Sphere Home Technologies, homeowners in Birmingham, Alabama and across the country are seeing how convenient life can be. The reason for this is that creating a smart system to automate the devices we use every day truly makes things easier. The devices in question range from plugs to light switches, thermostats, sprinkler systems, and anything that can be controlled by power: distributed audio systems, home entertainment, and security/surveillance systems.

The cause for excitement isn’t just about making your heating and cooling more efficient or putting timers on lights, cameras, blinds, or irrigation. What is getting attention in home automation these days is the advancement of the artificial intelligence within the system.

“I remember as a child plugging in different on and off times each day on our family’s new programmable thermostat,” says Chris McDaniels, owner of Sphere Technologies. “I was amazed at how much control we had over our environment…and then we went on a 2 week vacation. I realized later that the heat had been coming on every day, exactly when I told it to, and it warmed an empty house the entire time. It was then that I became interested in smart technology and devices that went beyond simply being told when to turn themselves on or off.”

The technology used by Sphere Home Technologies’ Home Automation has grown by leaps and bounds since the days of McDaniels’ childhood. A large step was taken when smart systems started recording patterns of usage for lights, heating, motorized blinds and security cameras. This allowed the system to adapt itself to how different devices were being used. They could then predict our behavior and be one step ahead of us.

The next advancement was gaining access to the home or business’ internet connection over WiFi. Now the system had data such as weather forecasts to become more efficient by using natural heat, light, and rainfall to our advantage, saving us money on energy usage.

The speed of technology does not slow down, however. Along with WiFi, our smart home automation systems are now operated from our smart phone or smart devices. These devices emit a signal which allows the system to track our location, whether it be from room to room or when we leave and return home. Further gains can then be had by minimizing wasted energy in our absence. What’s more, your home system will be able to see that you are on your way back, and use the time left on your drive to bring the house up to temperature, turn on lights, warm up the oven, or even greet you by having your favorite playlist begin as you walk through the automatic door that unlocked itself when you approached it.

Chris McDaniels has been at the forefront of all of these changes, and revels in how far we have come: “As soon as you feel like mankind has taken a leap forward, it seems like the next step is already on its way. The computer age has given us the ability to teach our technology to learn how we behave and what we like, and it will only get better. It doesn’t make sense to be scared of technology, because it is those people who embrace it and the changes that it brings who will benefit the most, and the quickest, from it.”

To learn more about Home Automation and what it is capable of, visit https://spherehometechnologies.com or call Sphere Home Technologies at 1 (205) 777-5626.