Baxter Ken Tilford announced a search for a post-secondary institution to continue his success as varsity QB and playmaker. Tilford's athletic and academic records show he is worth the attention. 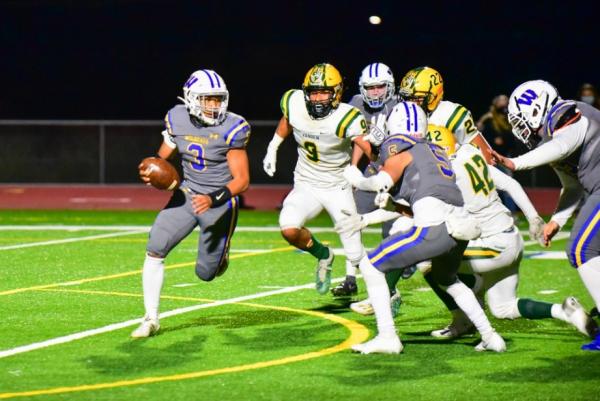 Baxter Ken Tilford, a focused athlete and driven academic from Vacaville, CA, announced his candidacy for a post-secondary institution. Tilford offers dynamic experience as a quick study quarterback in the air, on the ground, and in the classroom.

Tilford has played football since grade 5, playing many positions including cornerback and slot receiver. On junior varsity, Tilford found his calling as a starting quarterback. He was called up to varsity to play QB during his sophomore season. This fall will be his third season as the starting QB for Will C Wood Varsity Wildcats.

Ken Tilford is 6’0, 188 lbs, and still growing. Tilford runs a 4.55 second 40-yard dash. His accurate arm launches to receivers whether they are 10 or 50 yards away. He is right-handed, but can still roll left and hit his target. His precision is matched by his ball security and relentless evasion of offensive blitzes.

In 2020, Tilford was the only sophomore to be named player of the week by the prestigious Monticello Empire League, the MEL awarded Tilford with First Team All League.

Ken is a well-mannered young man who values faith and family. He is close to his older sister who is currently at UCSB on a soccer scholarship.

Ken loves competition, when not playing football he participates in basketball and track.

With this announcement, Baxter Ken Tilford continues to strengthen his pursuit of a meaningful career in football. Tilford was previously followed by Tim Plough when Tim was with UC Davis. Tilford is excited to see who discovers his talent next.