Award-winning actor Will Roberts joins the cast of the Emmy® award-winning series STUDIO CITY as “Dennis” for season two. This is a pivotal role in the plotline. 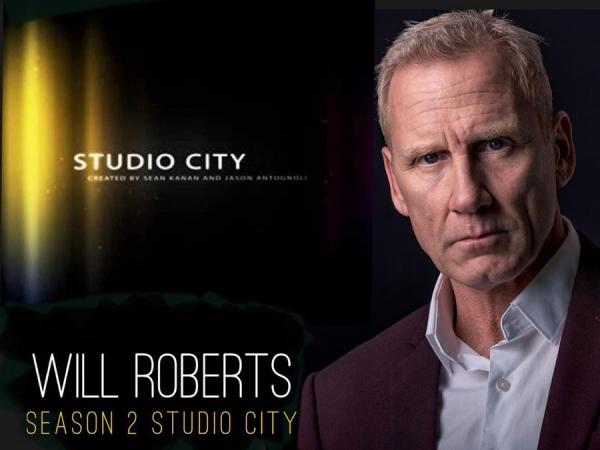 “As we began writing, I knew that I wanted to hire Will for a pivotal role in the plotline that began in season one,” said Executive Producer, Writer, and Actor, Sean Kanan. “Will is a gifted performer and a tremendous asset on set. He was the perfect actor for this integral part of our story.”

STUDIO CITY tells the dramatic and comedic story of Sam Stevens (played by Kanan), a long-time soap opera actor starring in the number two most-watched daytime drama, “Hearts on Fire” as he struggles to keep his top spot on the show, break out of soaps into feature films, and deal with his own complicated life which includes a few dark secrets concerning his past, including an aging step-father, the twisted truth of his paternity, and a daughter that he never knew existed.

Will Roberts is an award-winning actor, film and television weapons expert, cowboy, Former Cirque du Soleil act (Vegas), magician (Magic Castle), and holder of two Guinness World Records. His previous film and television credits include The Redeemer, Signal, Lucifer, The Killer (Netflix), The West and the Ruthless (Amazon) , and ABCD2 (Disney) He is infamous for his appearance on The Ellen Show as “The Dancing Dad.”

Roberts is repped by Bobby Moses of The Maverick Artists Agency.