BioSweep GA, a leading Atlanta based odor removal specialist, has announced it will be traveling to California to help with the fire cleanup. It will be removing smoke odor from schools, homes, hotels and other buildings affected by the blaze. 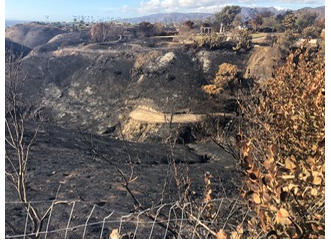 Atlanta, GA based odor removal specialist, BioSweep GA, have joined other franchises in traveling to California to help combat the after-effect of the fire zone. They will be helping with the clean up and rebuilding effort, as hundreds of homes, businesses and schools have been permeated with smoke odors as a result of the massive fires.

More information can be found at: https://biosweepga.com

Robert Averette, the CEO of Oneighty Solutions, has travelled with other BioSweep franchises to California in order to help. BioSweep has a highly effective odor removal process that is ideal for smoke odor removal.

Using their specialized odor removal process, BioSweep removes not only the odor but also the harmful bacteria that has permeated the air and furniture. BioSweep is able to treat rather than mask the problem source, before dismantling and killing the odor causing bacteria.

BioSweep explains that the Phocatox Technology is 100% effective, and contains no chemicals, while also being environmentally friendly. In addition to removing the smoke odor, the BioSweep process destroys the bacteria, which can cause respiratory problems for individuals with high sensitivity to allergens, or those with breathing disorders.

For residential and commercial customers, the highly effective process eliminates odors in any living or working environment, getting rid of food, pet, and musty mold odors.

This means that customers can get in touch with BioSweep for a wide range of highly effective odor removal services. BioSweep completely removes odor from homes, hotels, schools, vehicles and hospitals.

Using a 100% natural service, BioSweep can remove odor without needing to use any harsh chemicals. The team can provide fast mobile response for tobacco smoke, mold removal, pet odor, food odor and more.