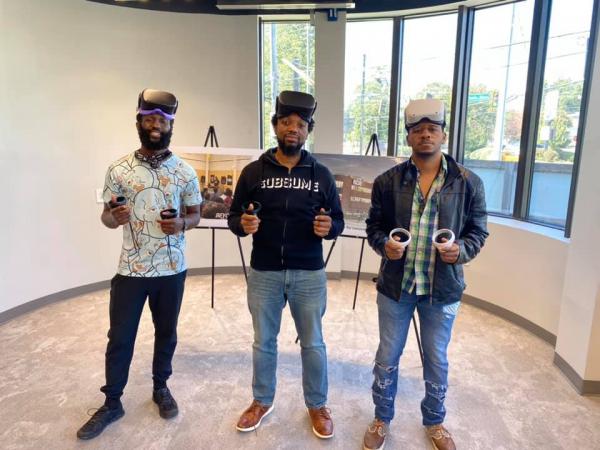 SUBSUME Media, an independent trans-media publishing company based in Atlanta, GA, has launched a range of comic book, animation, and video game speculative fiction titles focusing on themes of the Black cultural experience and Afrofuturism.

More details can be found at https://www.subsumelife.com

Current and upcoming SUBSUME Media projects include Sorghum & Spear: The Series, a graphic novel fantasy saga and animated series about a group of young African warrior women, and Soul Nebula: The Consulars, a science fiction comic in which an outer space crew confronts the racist past of planet Earth.

The company has also produced an animated short film in collaboration with Adult Swim and a series of science fiction comic books set in the world of the educational augmented reality (AR) game Armadus, which is intended for children in grades 6-8 and follows an engineer trying to return to their home planet. The comics were created in partnership with the game’s mobile app developer Sciberus.

SUBSUME Media was founded by Dedren Snead after his successful work launching several crowdfunded creative projects through Kickstarter. The Atlanta, GA startup began with the goal of inspiring change and supporting Black and African American storytelling.

A spokesperson for the company said: “What separates SUBSUME Media from everyone else? Our passion and love of comics, film, and television. Tell us we can’t do something, tell us we gotta wait, and we’ll go out there and prove you wrong and do it anyway. We’re not waiting for anyone to give us a chance. We’re taking it and riding every opportunity we create for ourselves and others to the top.”