Anaheim White House Italian Steakhouse has installed a new purification system that sanitizes both air and surfaces. Called Air Surface Pro, it is the only such technology on the market that destroys DNA and RNA viruses including COVID-19, and has NASA approval. 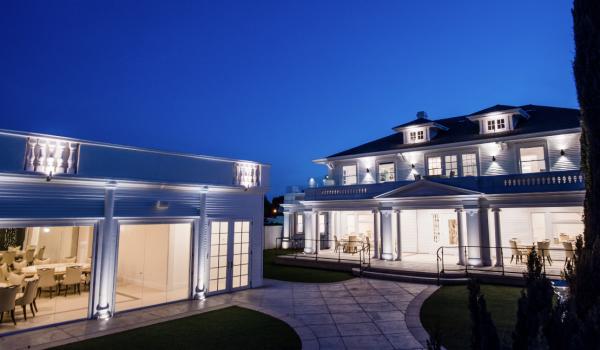 You can safely take a deep breath in the newly reopened Anaheim White House Italian Steakhouse thanks to its new purification system that sanitizes both air and surfaces. Called Air Surface Pro, it is the only such technology on the market that destroys DNA and RNA viruses including COVID-19 and has even earned NASA’s Seal of Approval.

Chef/proprietor Sir Bruno Serato had the system installed during lockdown as an added layer of protection for guests.

“I want my guests to enjoy their dining experience without feeling stressed about COVID-19 and other transmittable contaminants,” says Serato, who, in addition to operating his popular restaurant, is known for his humanitarian work. “The Air Surface Pro is an investment that, for me, is priceless because my guests and staff are priceless to me,”

In addition to eliminating viruses like COVID-19, Air Surface Pro claims to kill bacteria, allergens and mold in the air and on surfaces. According to the company, the technology works by capturing microscopic oxygen molecules in the air then, after they pass through its honeycomb matrix, are transformed into “friendly, powerful” oxidizers. Once released, the molecules become “super charged purification warriors that, like an army, rapidly destroy harmful contaminants.”

“I am hoping that other business owners, especially restaurateurs, install this technology so that, together, we can fight COVID-19 and other contaminants,” says Serato.

In addition to running his restaurant, Serato is the founder of the nonprofit Caterina’s Club, which feeds hungry children, finds permanent housing for families in need and trains at-risk youth for careers in the hospitality industry. For his work, he has earned international publicity including profiles in People Magazine and has appeared on countless TV news and talk shows including “The Drew Barrymore Show,” “Access Hollywood,” “The Doctors” “CBS Evening News” and “NBC Nightly News.” Among his many honors: CNN Hero, knighted by the Italian government, knighted by the House of Savoy, Ellis Island Medal of Honor, papal blessing from Pope Francis, humanitarian award on the steps of the U.S. Capitol, and numerous proclamations, Man of the Year awards and other forms of recognition — all of which he accepts to generate public awareness of Caterina’s Club. For more information, visit www.caterinasclub.org