A hunt has been launched for the driver of a police cruiser in a BLM protest in Anaheim, California. The driver mowed down a protester and then sped away. 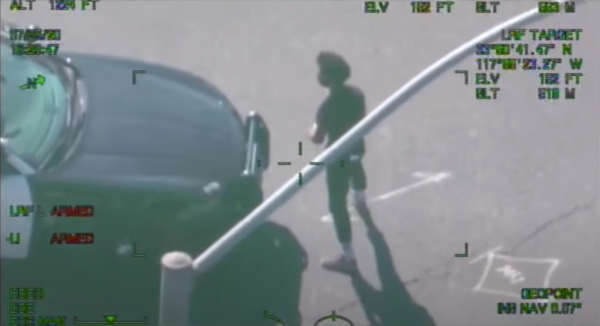 Samer Habbas law firm with offices in Irvine, Riverside, El Segundo, Los Angeles, and San Diego has launched a hunt for the officer that hit a Black Lives Matter protester in Anaheim with his police cruiser. Anyone with knowledge of the incident is urged to contact the law offices of Samer Habbas and associates immediately.

The launch by Samer Habbas’s law firm for the officer who was driving a police cruiser in Anaheim is geared to give justice to the young man who was protesting. The firm is urgently seeking the public’s assistance in locating any witnesses who observed the Anaheim police cruiser that crashed into a Black Lives Matter (BLM) protester, Tyerae Bailey, and immediately fled the scene on Saturday, July 25, 2020.

Bailey was walking ahead in a peaceful Black Lives Matter protest, near the cross-streets of Harbor and Broadway, when he was struck by an Anaheim Police vehicle (#1464833) at around 4:30 p.m. The police officer then sped off down a one-way road, driving in the wrong direction.

“As Bailey’s legal representative in this matter, I am dedicated to protecting his rights to peacefully protest and fight for the justice he deserves,” said Samer Habbas, Managing Partner at the Samer Habbas, “Just like the many other BLM activists who have been wrongfully harmed by local law enforcement officers for practicing their constitutional right to exercise freedom of speech and assembly.

The Law Offices of Samer Habbas is calling out to any of the protesters, or bystanders who witnessed the hit-and-run accident to contact the Law Office directly. Any information or additional video footage of the incident would be greatly appreciated.

The law firm of Samer Harris hopes the launch of this hunt for the officer driving this vehicle will be quickly concluded as they identify the perpetrator of this vicious hit and run incident.