Amazon launched officially in Singapore on October 8th, making it easier for businesses globally to sell their products in Southeast Asia. The marketplace is offering items in all categories. 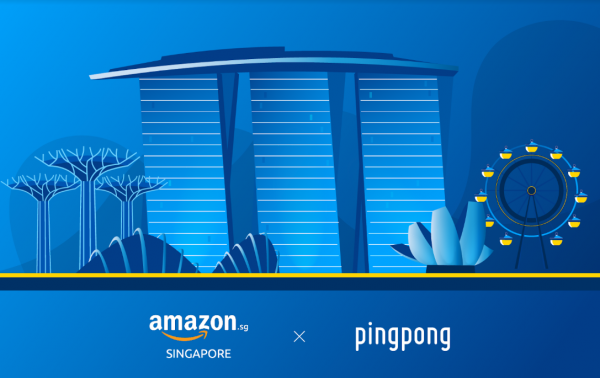 San Mateo, CA: Amazon launched officially in Singapore on October 8th, making it easier for businesses globally to sell their products in Southeast Asia, including through the FBA program. The marketplace is offering items for sale in categories including Books, Video Games, Consumer Electronics, Baby and Toys, and Home and Kitchen.

The Straits Times explained the significance of the launch of Amazon.sg: “Singapore is the first country in Southeast Asia to get Amazon, which is available in 15 other countries. Previously, though shoppers here could access Amazon.com, many products were not available for shipping to Singapore and those that were available for international shipping would typically charge high shipping fees.”

According to Statista Portal, Singapore’s e-commerce revenue is expected to show an annual growth rate of 14.7%, resulting in a market volume of $8.64 billion by 2023. Amazon’s proven ability to connect its selling partners with millions of customers through the Amazon marketplace will undoubtedly drive a large portion of this growth.

With the Amazon.sg launch, PingPong becomes the first global payments solution poised to welcome the platform’s incoming internationally-minded and opportunity-seeking merchants. As Amazon continues to launch new marketplaces around the world, third-party service companies especially PingPong act faster and with more tenacity to support the third-party sellers that make up the majority of Amazon’s sales. In an interview, PingPong Executive Strategist Tim Jordan shared, “Our focus remains on continuing to provide the highly competitive rates and excellent service we’re known for.”

Jordan explains, “As an Amazon seller entering a new marketplace, there are many considerations that need to be addressed. In addition to potentially needing to send inventory to a new location for FBA fulfillment, optimizing listings for the local marketplace, creating legal entities, filing for GST, and managing a new Seller Central (Amazon’s third-party seller dashboard), sellers will also need to transact in a new international currency. In the past, many potential sellers shied away from expansion due to the perceived complexity. However, with PingPong available in their marketplaces, new sellers can conduct business as usual with less worry about transaction and tax complexities.”

About PingPong PingPong is an award-winning fintech company, whose mission is to empower e-commerce merchants to sell anywhere in the world with a simple and streamlined experience.