Agriculture and Tourism Collide for a Unique Agri-Tourism Experience

Farming Karma RV in Kelowna BC is part of the Farming Karma brand and boasts a beautiful agri-tourism facility featuring an RV park, tasting facility, and more. 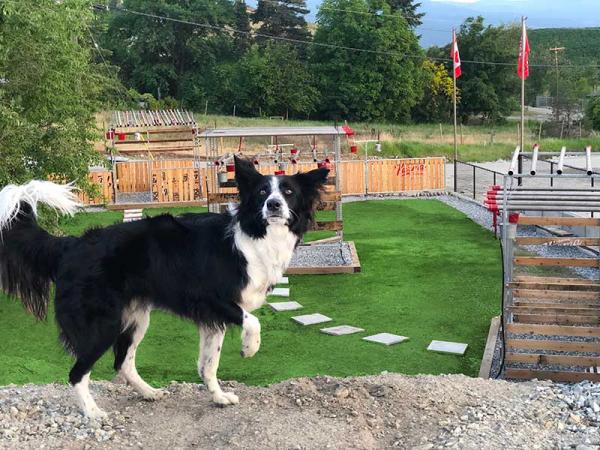 A new brand of fruit soda and an RV park in Kelowna are just two parts of the Farming Karma brand that are coming together to create a true agri-tourism experience in the Okanagan Valley.

The Gill family have been growing fruit in Kelowna for over twenty six years. Farmers, Karma and Kuku Gill, have been a staple of the Okanagan fruit growing industry producing apples and cherries from their orchards located in North Kelowna.

Their son, Avi Gill, grew up in Kelowna and graduated from KSS before attending UBC in Vancouver where he trained for, and began working as a pharmacist. After a year and a half, he sat down with his parents to discuss the future. With the price of apples falling all the time, they came up with the concept of creating a brand and migrating the product into something different.

And so, Farming Karma was created.

“Farming Karma is the concept because my father’s been farming for a long time,” Gill said. “What we like to do is to do good in the community, so it’s [about] good karma, family, and fun.”

The whole idea was to go from selling a commodity to selling an overall brand.

“The analogy I use is iPhones versus a Samsung,” stated Gill. “We’re essentially buying a brand and the marketing behind it. Even on a smaller level, when we go to a winery or buy wines, there’s a marketing availability there.”

By combining the tourism aspect of the brand and grounding it at the McKenzie Road facility, Farming Karma is poised to do more than just sell fruit soda.

Their hope is that people will enjoy the location, which features 9 sites with full hookups, and the product, and also be educated about the local agriculture industry and maybe even inspire the next generation of farmers.