When it comes to capital works deductions, the taxman has based the rates of deduction on the use of the building, and the year in which it was constructed, says Matthew Mousa of TLK Partners. 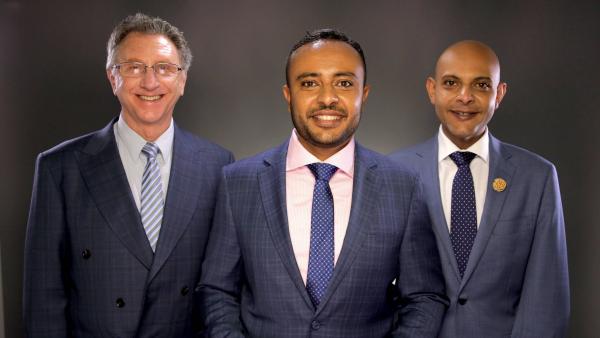 When it comes to capital works deductions, the taxman has based the rates of deduction on the use of the building, and the year in which it was constructed. The lists of dates and rates may sound a bit confusing. However, Mr Matthew Mousa property acquisition expert at TLK Partners hopes to shine a light at the end of the tunnel in this regard, by guiding you through how the calculation of tax deductions on rental property capital works is handled in Australia.

It stands to reason that older buildings have long since had their construction costs written off. No deduction is allowed for any building constructed before 22 August 1979. From that point on there are various categories of usage that qualify for deduction, within certain specific time periods. These dates apply to the start of construction.

From 22 August 1979 to 19 July 1982 only buildings that have been specifically constructed for the use of travellers, and have 10 or more units can be used for capital works deductions. This would apply to apartment buildings, hotels and guest houses.

In the next period from 18 July 1985 to 26 February 1992 the description becomes much broader. According to the taxman’s guidelines, all buildings qualify for capital works deductions. This includes residential properties and all buildings used to generate rental income.

In the period from 19 August, 1992 to 30 June 1997, the same criteria as the previous period applies, but now any structural alterations and any environmental protection earthworks, such as a retaining wall, can also be claimed.

From 30 June 1997 onwards the definition becomes much broader again. During all periods prior to that the buildings had to be built with the intention of producing an income. And sometimes the rates (and deductions) applied only to those building built to provide short-term accommodation to travellers, like hotels, or commercial premises like shops. From 1 July that year, all buildings that are used to produce rental income can claim capital works deductions, even if the building was not originally intended as a rental income property.

Funnily enough, Matthew says, the rates of deduction to be used to calculate the tax expenses claims made each year, follow different time periods: “The taxman is infinite in his wisdom. He has even arbitrarily decided to up these rates and then down them again, only to increase them in an ensuing period. The deduction rate therefore yo-yos between 2.5% and 4% between 1979 and the present.”

However, when the rate is up, the length of “claim time” is shorter, and when the rate is down, the ability to claim stretches over a longer period. This means if the deduction rate is sitting at 4% on a building, the owner can only make deductions over a 25 year period from the date of construction. If it’s at 2.5%, the claiming period is spread over 40 years.

To find out which gap a rental property fits into, Matthew gives us the basic breakdown of how to determine which percentage to use (and for how long) in calculating the capital works deductions, and whether the premises fit the requirements:

It goes up to 4% between 22 August 1984 and 15 September 1987, but does not apply to residential properties until 18 July 1985, when any properties built for residential purposes or to produce an income were included.

However, those buildings started after 26 February 1992, and intended for the short-term use of travellers, do qualify for a 4% deduction. But when it comes to apartments, units or flats, the 4% is only claimable if when the taxpayer owns or leases 10 or more in one building.

All these rates apply to each individual income year and are used to calculate the amount that can be claimed as a capital works deduction over the given period.

As can be surmised from the above, Matthew stresses that the preservation of all documentation applicable to a rental income property is of vital importance.

TLK Partners Wealth Management Companies Kingsgrove, Beverly Hills | Tax Accountant & Agent | Property Adviser are wealth advisers serving enterprises and private individuals who hope to take care of their future through sound financial management. Visit their website or contact them at (02) 8090 4324 for an appointment to discuss your financial management and investment needs.

This material is of a general nature only, it does not take into consideration your financial circumstances, needs or objectives. Before making any decision based on this content, you should assess your own circumstances, seek professional advice or contact our office to be directed to the appropriate professional. Whilst all care has been taken in presenting the material neither TLK Partners or its associated entities guarantee that the material is free of error and, the information may have changed since being published.