Abraham Ajenifuja accumulates his 30+ years of work into an easy to implement formula which helps people identify their purpose. His VIP system has gained a huge recognition within people; dedicated in serving God and have a desire to live their life filled with purpose. 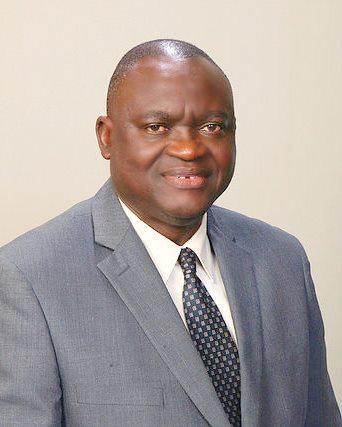 Abraham Ajenifuja is the visionary, advocate and pioneer of the revolutionary Vision, Intention, Purpose (VIP) concept. A system which according to him is the basis of reaching true fulfilment in life and achieving what he refers to as the “New Wealth”. The VIP system is, in simple terms, a way of living life recognizing God’s true Vision and Intent filled with a Purpose which is according to His will and what He has intended for us in all aspects of our lives. Abraham’s work extends more than 30 years of practicing and preaching this concept to other Christians with the aid of various online and offline mediums. He has coached the VIP system to hundreds of people who have gone to become the best version of themselves. Abraham has spoken on a variety of public platforms and have written a book called “The VIP Christian” where he explains the concept of the New Wealth and how it can be applied broadly to the whole cross section of humanity whether it be Individuals, Families, Educational Institutions, Businesses, Governance or Leadership.

Abraham was raised in a practicing Christian home where the emphasis was on acquiring wealth through the traditional route i.e. higher education and the topic of discussions were mostly around proving your worth by excelling in your career as an employee. Growing up he adapted the wealth framework which would be gauged by the schools a person attends or the degrees they attained. However, he had always been in an internal conflict, appreciating that institutional education is important but not the ultimate requirement to become successful. He knew that God had planned something far greater for him in life which started his quest towards his research and eventually shaped him to be his entire life’s focus.

In the VIP system, Abraham teaches how to come out of what he refers to as a state of “Brokenness” and implement God’s Vision, Intend and Purpose into your life; resulting in achieving true happiness, finding your true worth and attracting VIP Wealth. For the past 30 years, Abraham has been learning and helping others how to build the New Wealth and has spoken to various public forums, appeared as a guest on a variety of platforms, conducted 1-on-1 and Group coaching sessions, Mastermind Events and retreats. In response to a question on the driving force behind his success, Ajenifuja has explained how it really boiled down to understanding that wealth is a mystery and the secret to solving the mystery is by leveraging the principle of the VIP.

Reflecting on his life, Abraham paid tribute to his heroes including Gary Williams who helped him navigate through the business world, Dr. Mark Myers who helped him combine education and faith together, pastor Phillip Powers and Homer Heater who taught him to find purpose within faith. When asked about what an individual’s life mission should be, Ajenifuja is quoted as saying: “No matter who you are and where you are in life, what you are seeking is a sacred relationship with God because it is the key to achieving timeless peace, prosperity, and profit and it can only be found by knowing your VIP spiritual system and following the acronym LAMB (L=Loving People, A=Accepting People, M=Making People Holy and B=Blameless Hard Work). There is no secret, doctrine, philosophy, manifesto, policy, of an individual, relationship, family, business, education, organization or leadership that is too sophisticated and heavenly that cannot live and operate by the LAMB”

In his recent one-to-one interview, Ajenifuja reminisced on other past achievements, which helped build momentum towards the present day. Notably, one of the proudest was being healed from his past limiting beliefs, uncovering his obstacles and hindrances which prevented him from reaching his full potential and getting aligned with God’s Vision, Intention and Purpose, for him to unlock his life’s mission. In the same interview, Ajenifuja stated his intentions for the future. The primary goal for the next 12 months, Ajenifuja states, will be to conduct a multitude of events, individual, 1-on-1 and group coaching sessions and produce content to educate people about the VIP system and how to build New Wealth within various communities. With the VIP program, people can expect to get healed from their past, uncover all the obstacles preventing them from achieving abundant wealth, give them the understanding of God’s grand vision and help them find their place within that vision. From here, they will be given strategies and actionable steps to make that vision a reality and an environment which helps nurture their vision. Looking farther ahead, his aim is to engage with leaders in key positions of influence; helping them implement his teachings and guiding them to adapt a new mindset along with procedures by making them aware of God’s grand vision.

When asked more personally about how he wanted to be perceived and remembered, Ajenifuja mentioned a quote by Jesus Christ which says: “Healthy people don’t need a doctor – sick people do. I have come to call not those who think they are righteous, but those who know they are sinners to repentance. Mark 2:17”

Ajenifuja closed the interview by sharing his recommendation for anybody who wanted to follow in his footsteps in some fashion, perhaps taking the achievements even further. According to Abraham Ajenifuja, the key is to understand the message inside the Gospel and be aligned with God’s vision and bring people together to create a united world full of prosperity. He believes that a life without purpose is meaningless. Implementing God’s Vision, Intent and Purpose (VIP) in your life is the key to living a fruitful, enterprising and meaningful life.

Further information can be found at https://www.abrahamjoseph.co/