A Last Chance to See the Disappearing Titanic

As the Titanic is rapidly disappearing, Truly Experiences, in collaboration with Ocean Gate, now offers the option to join a scientific expedition to visit the wreck. 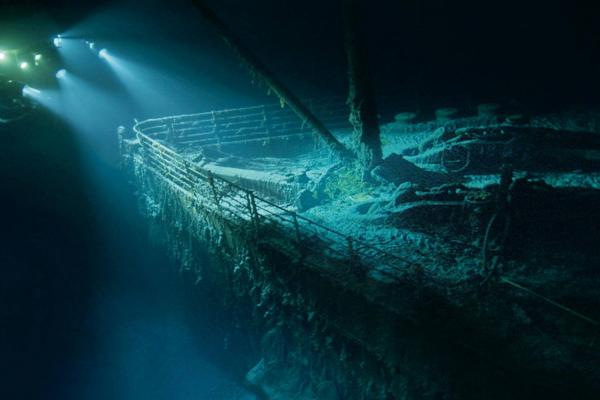 A new species of rust-eating bacteria is eating away at the remains of the famous Titanic wreckage, making it likely of disappearing in 15 to 20 years. Underwater research company OceanGate is giving civilian ‘Mission Specialists’ the chance to explore the Titanic wreck, for what could be the very last time in history.

The discovery of metal-hungry microbes eating away at the RMS Titanic was made by a joint team of researchers from Dalhousie University in Canada, and Seville University in Spain, after analysing samples from rusticles taken from the wreckage. Altogether, the microbes are burning through an estimated 400 pounds of iron every day, while their haunting deposits have added hundreds of tons of excess weight on the weakening structure.

Scientists estimate the Titanic has at most 50 years left before it collapses into the seafloor.

Starting in June 2019, OceanGate Expeditions will conduct a series of week-long manned submersible operations in the north Atlantic Ocean, departing from St. John’s, Newfoundland. The primary objective for the first Titanic Survey Expedition is to survey the wreck site and debris field to document and preserve the historic site for future generations. The expedition crew size for each mission is about 30 people, including submersible pilots, operations crew, content experts and nine mission specialists.

Now accepting ‘Mission Specialist’ applications, the expedition, in collaboration with Truly Experiences, welcomes civilian explorers to actively participate in the scientific and technological survey of the wreck. Mission specialists have the opportunity to take part in the dive of a privately built submersible vessel, capable of reaching more than 13 000 feet underwater. Using the latest multi-beam sonar, laser scanning and photogrammetric technology, they’ll assist the expedition crew and researchers in both top-side and sub-sea support roles to create a detailed 3D model of the shipwreck.

Fewer than 200 people have ever visited the Titanic since it sank in April 1912 according to historians’ estimates. That’s fewer than the number of people who have scaled the summit of Mt. Everest, or flown into space.

With the speed at which the steel-munching bacteria are devouring the Titanic, OceanGate’s expeditions to the ocean floor could be the very last opportunity to witness the world’s most famous shipwreck with your own eyes. If exploring the Titanic and documenting its history is on one’s bucket list, then hop to! Science and (rust-eating bacteria) waits for no man.