A harrowing new horror novel, From Ash, is released by M. Chris Benner 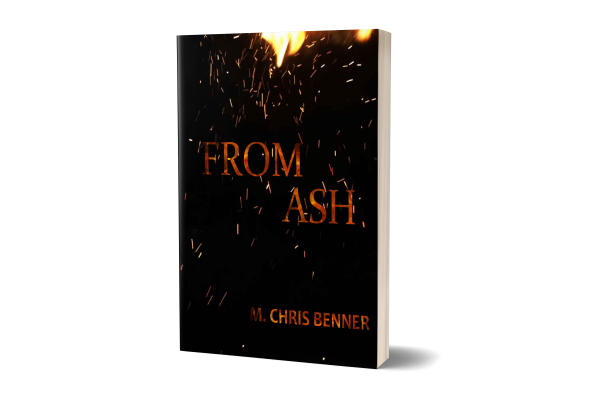 M. Chris Benner, prolific thriller and horror writer, recently released his harrowing new novel, From Ash. This first book in a planned series begins with human remains found in a sewage line, followed by a second horrifying discovery. As police and investigators struggle for leads, children start to disappear, their baby monitors hacked by an unknown predator. Yet among these seemingly disparate and gruesome events, there is an unexpected common link—a person.

From Ash follows the life of Richard Cunning, who first begins to experience unusual occurrences when he purchases a house that appears to be haunted. But instead of finding nefarious spirits, he soon realizes that there’s a rational explanation. Over time, Richard embraces his knack for unravelling strange mysteries, each of which is depicted in loosely connected stories.

The decentralized structure of From Ash reflects Benner’s intriguing personal past. With a career that has included work as an Avionics technician, bartender, and tracking specialist for the police, Benner has a unique perspective on human nature and technology. Benner cites Kurt Vonnegut, the 1996 classic horror movie From Dusk to Dawn, and Reddit’s r/nosleep as his sources of inspiration. Although Reddit is renown for its harsh and skeptical crowd, From Ash was well-received and won the Story of the Month designation.

Fans of the thriller and horror genres will be enraptured by Benner’s expert storytelling and the chilling mysteries that lie at the heart of From Ash. Readers describe From Ash as “a must read” and praise Benner’s ability to draw them into the lives of his vivid, beautifully crafted characters. From cults to witches to kidnappings, From Ash delivers on its promise to take readers on an unpredictable, twisty ride. A sequel is currently in progress.

M. Chris Benner is an author, father, and recipient of the 2015 eLit Book Award for Horror for his novel When the Clouds Roll In. He lives and writes in Pennsylvania. For additional information, visit his author profile on Smashwords or find him online at www.mchrisbenner.com.

From Ash and Benner’s other works are available for purchase on Amazon.com, barnesandnoble.com, and Apple Books.