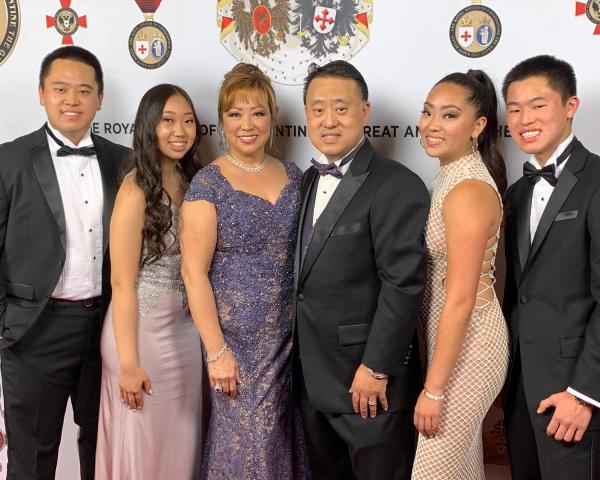 In 1968, Dong and Susan Shin stepped off an airplane at LAX. They left South Korea and came to America when their son John was only 100 days old. The dream of the Shins was to give their children the opportunity to pursue a good education.

It was a good education that John and his sister received. He received his B.A. in Business Administration from the University of Southern California, an M.B.A., and a Juris Doctorate in Law. After college, John was recruited for a job in a Fortune 100 company but learned very quickly that the corporate world was not for him.

Despite growing up in a traditional Asian home where it was expected that the children would get degrees and become doctors or lawyers, it was rare to stray from that path. Even with his Juris Doctorate, John felt compelled to do something else with his life.

John was first introduced to the financial services industry by his wife, Arlene, in 1994. The couple’s business mission was quickly transformed into providing financial education for those with little to no knowledge on the subject and those that have been overlooked by the traditional financial service industry. Furthermore, John and Arlene noticed that the educational system in our nation for children did not have a curriculum that taught how money works which led to their passion for providing financial literacy and resources through the multiple platforms they have founded.

The real turning point for John and Arlene was reading the timeless classic book Think and Grow Rich written by Napoleon Hill in 1937, and applying the key principles. In the book, Hill had covered over 500 interviews and found the 13 common denominators among those who were rich – and he wrote on them, step-by-step. After learning this, John began implementing the 13 principles from Hill’s book into his personal and business life.

Through the wisdom that John found in Think and Grow Rich, John executive produced the “Think and Grow Rich Legacy” movie with award-winning director Scott Cervine. The movie was endorsed by the Napoleon Hill Foundation in collaboration with Executive Director, Don Green. The movie included a star-studded cast, including Andy Garcia (Academy Award nominated actor and director), Barbara Corcoran (investor and Shark Tank), and Rob Dyrdek (actor and television personality) to bring the vision of Hill’s book to life.

John and Arlene are now the founders of one of the largest independent financial services marketing companies in the country, AXIANTA Financial Partners (AFP). Through their determination and belief that everyone is “wired for success but programmed to fail,” they have grown the company to hundreds of offices nationally in all 50 states and Canada. 2020 turned out to be one of the best years for growth within AXIANTA.

AXIANTA was developed to help partners start their own offices. Retired NFL hall of fame running back Marshall Faulk, in partnership with Hanna Horenstein, currently have a financial service office in San Diego showing rapid growth. John has helped develop offices like these, and watches the growth continue to rise across the country. Shin and Faulk’s working relationship led John to advising other professional athletes in the NFL Alumni Association, helping develop their financial portfolios and business endeavors. Along with mentoring celebrities, actors, fortune 500 companies and sports athletes, John has also prioritized helping middle class working Americans have access to these financial strategies through the different programs he has available.

John is also the author of How Rich Asians Think: A Think & Grow Rich Publication, which is an official publication of the Napoleon Hill Foundation. In the book which can be found on Amazon, he elaborates on Hill’s original outline and brings a modern interpretation to the key points of the original text. John shares his experiences and interviews people of Asian and non-Asian descent to discuss individual achievement.

In 2019, the Think and Grow Rich Legacy World Tour was started. John holds speaking engagements, teaching people how to increase sales, start new businesses, digital and online marketing, personal mindset development and more. Serving as Executive Producer, John has the tour visiting 16 countries and 26 states in the U.S. Not letting the COVID-19 pandemic stop him, John started the Think and Grow Rich Legacy Virtual World Tour which will launch in spring 2021 and is taking registrations now. The first virtual world tour will be a collaboration with Don Hobbs, President of Success Magazine.

In the meantime as another opportunity to connect with John, “Tuesday Talks” were started on Tuesday nights at 6 pm PST. John also has additional shows, “Financial Literacy” 101 on Thursdays at 6 pm PST and “Shintastic Saturday” on Saturdays at 10 am PST. Some of the show topics include investments, financial advice, hedge fund basics, financial portfolios, stocks, and current events (for example, the GameStop Stock Frenzy).

It is easy to see why John Shin has become such a popular speaker, author, philanthropist, investor, and mentor to many. His entrepreneurial skills have taught him how to be successful and how to get the most out of success. From the lessons he has learned from Napoleon Hill, John has taught many others to “pick the exact date you want something, and make it happen.” John encourages his audience to follow your GPS (goals, plans, and schedule) through intentional business strategy and mindfulness.

John and Arlene along with their 4 children, Matthew Shin, Kayla Shin, Andrew Shin and Jenna Shin currently reside in Las Vegas, Nevada and look forward to continuing to grow and share the Shin legacy with the world. You can follow John Shin on Instagram or visit his website to find his book, movie and talk shows at www.johncshin.com.