Tort Lawsuit Group has issued a callout for anyone who served in the military from 2003 to 2015. If they experienced hearing issued after using 3M Combat Arms Earplugs, they could get compensation. 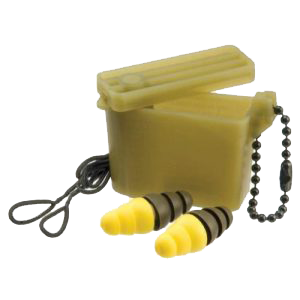 Tort Lawsuit Group, based in Jacksonville Beach, FL, has announced it can help clients to get compensation if they were impacted by using 3M Combat Arms Earplugs in the military. Clients can get paid for their suffering or for their referrals if they know someone or a loved one who has suffered.

More information can be found at: http://combat-arms-earplugs-lawsuit.com

The law specialists explain that in 2016, the United States government filed a whistleblower lawsuit against 3M corporation alleging that 3M was aware of a defect in their Combat Arms Dual-Ended Military Earplugs.

Allegedly these products were manufactured but still sold to the US even with the fault acknowledged and known about within the company. As a result of this, in a False Claims Act lawsuit, 3M agreed to pay a $9.1 million settlement for the allegations made against them.

The alleged dual-ended military earplugs designed by 3M and Aearo Technologies may have moved outside the ear canal and caused hearing damage due to loud noises from close range firearms. Aearo is alleged to have been aware of the defects as early as the year 2000.

The defective 3M Combat Arms Earplugs were too short and did not allow for proper insertion. This allowed for loosening and therefore reduced effectiveness, according to the lawsuit.

Some of the problems that users reported included loss of hearing, hearing damage, deafness, and ringing or tinnitus in the ear. Anyone who has suffered from these symptoms after using the Combat Arms Dual-Ended Military Earplugs is encouraged to get in touch Tort Lawsuit Group.

The law firm partners are investigating cases of military members that have experienced hearing loss and tinnitus that may have been caused by 3M Combat Arms Earplugs. Anyone who served in the military from 2003 to 2015 could be eligible for compensation.

Tort Lawsuit Group is an elite team of experienced attorneys who pride themselves on getting great results for their clients. Interested parties can get in touch for a free consultation that will provide advice and guidance on the next steps to take.