2020 Should Launch Zero Tolerance on Psychotropic Drugging of Foster Youth

After decades of inadequate government assurances to track and curb psychiatric drugging of foster youth, CCHR says its time for a zero tolerance policy on the use of mind-altering drugs to control childhood behavior. 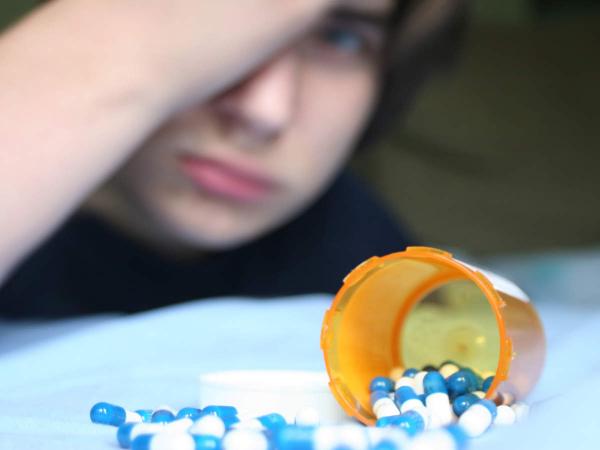 This year highlighted the ongoing psychotropic drugging of foster care children and adolescents despite a decade of exposure of the risks of these drugs, according to Citizens Commission on Human Rights (CCHR) International. The group says 2020 should be the year to launch a government zero tolerance policy to using mind-altering drugs on children, especially those in foster care. Immigrant children being held in psychiatric institutions, including those owned by for-profit companies, deserve the same protections, CCHR says.

In 2019, CCHR International filed Freedom of Information Act requests to each state to obtain facts about foster care and Medicaid-covered child psychiatric drugging. For example, in New Hampshire, between 2013 and 2017 there was an average of 14,000 children aged 0 to 17 prescribed psychiatric drugs. The most prescribed drugs were psychostimulants followed by antidepressants—the latter carrying a Black Box warning of potentially causing suicide. Addictive antianxiety drugs rated third highest prescribed psychotropics.

A federal Inspector General report found New Hampshire had one of the highest rates of foster children receiving drugs for emotional issues. In response, Representative William Marsh, a doctor, recently introduced a bill that would direct the state health department to develop a more rigorous oversight program.[1]

The bill recognizes that psychotropic drugs “can have serious side effects, such as drowsiness, weight gain, nausea, headaches, involuntary movements, and tremors, among others. Furthermore, certain medications carry black box warnings from the Food and Drug Administration, including antidepressant medication and suicidality in the pediatric population, and stimulant medication and sudden death in the pediatric population.”[2]

A similar oversight law was enacted in California in 2015 where nearly 25% of adolescents in the state’s foster care system were prescribed mind-altering drugs.[3] California’s foster care system “has grown more addicted to mind-altering medication,” the chair of a powerful Senate committee told a packed public hearing in the state Capitol in 2015.[4] Since then, the number of foster care kids prescribed antipsychotics decreased by 45% and prescriptions of multiple psychotropic drugs by over 73%.[5]

However, CCHR says this does not go far enough because psychiatrists are still dictating that the unique circumstances foster care children face when displaced from their family, require a drug to control emotional and behavioral responses to these circumstances. The drugs’ side effects only exacerbate the situation, the group says.

In 2018, U.S. Sen. Chuck Grassley of Iowa, co-founder and co-chair of the Senate Caucus on Foster Youth, along with Sen. Tim Kaine of Virginia, led a bipartisan group of senators that wrote to Assistant Secretary for Family Support Lynn Johnson, urging her to implement recommendations from a recent Health and Human Services (HHS) Office of Inspector General (OIG) report that would help foster children being drugged. Iowa was one of five states studied by the OIG. More than 35% of its foster youth are on psychotropic drugs.[6]

In 2004, CCHR Texas provided information to the then State Comptroller Carole Keeton Strayhorn who released “Forgotten Children,” a report that found too many foster children on many psychiatric drugs. The Legislature in 2005 passed Senate Bill 6, which required a study of the use of these drugs in foster care, strengthened medical consent requirements, and the state’s ability to track prescriptions.[7] CCHR found that children as young as three were on antipsychotics.

This year, Oregon’s foster care system was accused of failing to shield children from abuse when it was found they were sent to out-of-state facilities where they were drugged and suffered other abuses, including sexual and physical assault. The number of children sent to privately run psychiatric facilities had more than doubled since 2017. A report filed with the State legislature identified problematic companies that owned these facilities included Acadia Healthcare (10 clients), Universal Health Services (2 clients), and Sequel Youth and Family Services (74 clients).[9]

Since 2015, CCHR International has filed tens of thousands of alerts to state legislators about the risks found in these facilities, including the finding that immigrant children were also warehoused in Acadia facilities. An unnamed Acadia source, with over 30 years’ experience in the finance and operations of health care facilities, stated, “They’re warehousing children, because they get $650 per day from the state.”[10]

CCHR encourages foster parents and whistleblowers to use its online abuse case form to report any abuses.

CCHR is the mental health watchdog responsible for more than 180 laws that now protect patients from damaging practices. Donate to support its work here.