The 14th annual Peachtree Village International Film Festival has been announced by James “JB” Brown. There will be a range of film showings, seminars and parties, along with networking opportunities. 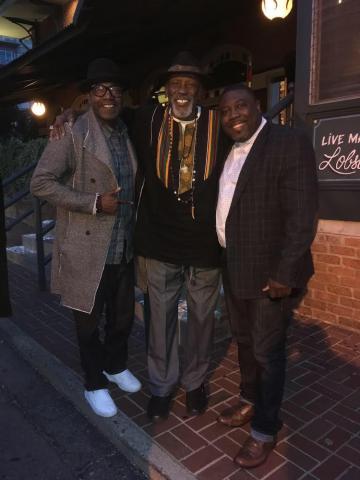 James “JB” Brown has announced the launch of the 14th annual Peachtree Village International Film Festival in October from 24-27 in Atlanta, GA. It sees the return of the southeast’s premiere international film and arts festival, with screenings of short films and major motion pictures.

More information can be found at: https://pviffatl.com

The newly announced festival will also provide meet and greets with the cast, producers and directors of many movies. In addition to this, there is a filmmaker competition with a $100,000 prize.

Other elements attendees will experience include forums, networking, and PVIFF 2019 Gala and after parties every day. The event will run from Thursday October 24, 2019, through to Sunday October 27.

Some of the headline events include Prodigallt, starring Clifton Powel, which is followed by a discussion with the cast and directors and an after party.

Another is the Pitch Tent, where fans will also be able pitch their script or movie idea to producers and film financiers.

Other events include a conversation and seminar on how to turn a book to a screenplay, and how to turn acting into a career. An acting seminar will also be held by Michael Wright.

PVIFF is hosted by the African American Cinema Gallery and Gipp Museums, and attracts around 3,000 to 3,500 people each year from around the world. It has served as a launching pad for numerous successful filmmakers and other artists in the film industry.

The PVIFF site states: “Our vision allows us to create a village atmosphere that provides opportunities not only for filmmakers but for business owners and film enthusiasts.”

It adds: “With increased exposure, the assistance from the film and business community PVIFF will help ignite opportunities and make dreams come true for decades to come.”

Full details of the program can be found on the URL above.