In a bid to increase the use and acceptance of digital currency in Pakistan, 150.000 Pakistanis have been given the chance to claim 50 free Pakcoins, the Pakistani version of Bitcoin. 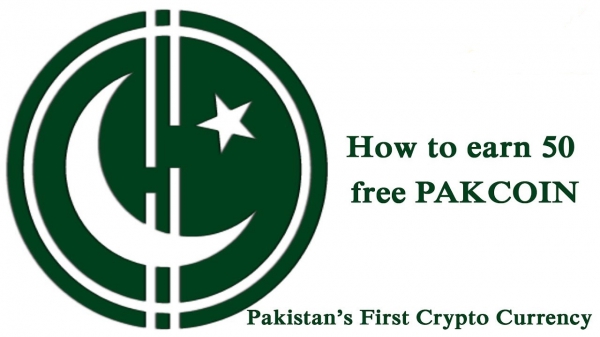 Pakcoin was founded two years ago by its creator Abu Shaheer. Since then a number of Pakistani businesses have begun to accept the Pakcoin cryptocurrency as an accepted form of payment, most recently of all being the Pakistani webhost “Fast Webhost”. According to the founder of Pakcoin, “although digital transactions have lead to lower charges and instant payments, the whole idea of cryptocurrency is still shrouded in controversy, something which he intended to change soon in Pakistan.”

The Pakcoin mission statement is certainly quite clear about its intention to help the poor and bankless people of Pakistan obtain a level financial autonomy and freedom. That objective has recently given a real boost with Pakcoin announcing a new plan allowing 150.000 Pakistanis to claim 50 free Pakcoins. In a recent interview Mr Shaheer announced the new project called Pakcoin airdrop, which he says “will provide Pakistanis with the chance to understand the real benefits of using a cryptocurrency as a form of payment for day to day transactions”. He added: “In order to make the process of using Pakcoin clearer, a number of video tutorials have been published on the Pakcoin blog in both English and Urdu, which cover a range of topics from “how to set up an online Pakcoin wallet” to “how to mine pakcoins”.”

The man behind Pakcoin also recently announced the publication of a new online guide, which he says will walk people through the few steps required for Pakistanis to claim their free 50 Pakcoins. He added: “The first thing needed to be done to claim the free 50 Pakcoin is to create a personal Pakcoin wallet, which is where Pakcoins are stored. Once the wallet has been installed, the program is initiated and synchronizing begins with the Pakcoin blockchain. A unique Pakcoin address is then designated to the user, which is required to receive the free 50 Pakcoin.”

Once a Pakcoin address has been created, Shaheer says that Pakistanis would then just need to visit the Pakcoin Airdrop page, and complete the simple application form. He adds: “Finally, the form just needs to be submitted after completing it, and then it´s just a question of waiting until the confirmation email is received, which will confirm whether subscribers have successfully claimed their 50 Pakcoins or not.”

Mr Shaheer encouraged Pakistanis worldwide to participate in the “Air Drop” project, claim their Pakcoin gift, and finally discover all the benefits of paying with cryptocurrency for goods and services or even for making donations to Pakistani charities. He also suggested that anyone interested in learning more about the Pakcoin cryptocurrency to look over a number of open threads found on the official Pakcoin forum, which can be accessed from their website www.pakcoin.io

Pakistanis wishing to claim their 50 free Pakcoin should also visit their website, and direct themselves to the “Air Drop” page or the tutorials page, where a video can be watched called “How to get free Pakcoins“.